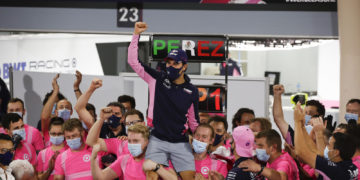 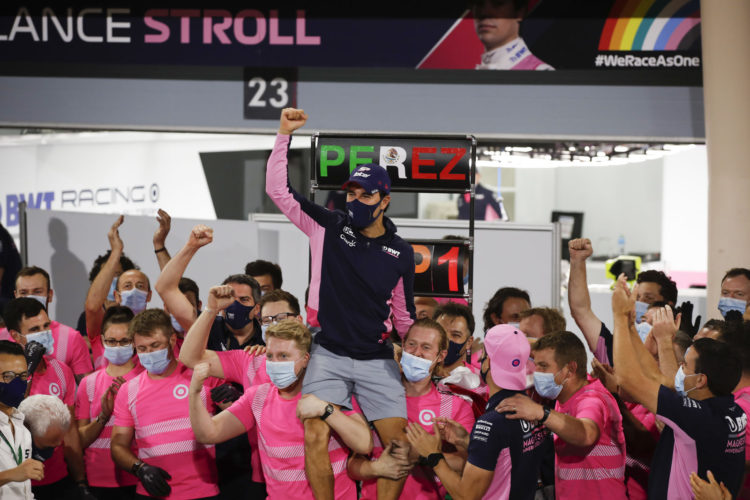 Lawrence Stroll says he thinks Sergio Perez has done enough to prove he deserves to take the second seat at Red Bull Racing for 2021.

The Racing Point boss dropped Perez in favour of Sebastian Vettel for 2021, with Stroll opting to keep his son Lance on instead. Perez had a valid contract for next season, meaning a hefty payout to release the Mexican driver who still hasn’t managed to find refuge elsewhere.

But the Canadian businessman believes that Perez shouldn’t be departing F1, and is hopeful that he’ll secure the Red Bull seat currently filled by Alex Albon.

“Checo [Perez] has been a fantastic asset,” Stroll told Sky Sports F1 after the Sakhir Grand Prix, where Perez won to claim the first win for the team since their days as Jordan. “He’s been an asset for this team a long time before I’ve arrived.”

“I think he most definitely proves every weekend he deserves to be in the car next year and I hope he’s in that Red Bull next year.”

The last time the Silverstone based team won a race was as Jordan Grand Prix at the 2003 Brazilian Grand Prix, a long time, and several owners ago. With the team set to become the Aston Martin works team next season with increased Mercedes backing, Stroll says he thinks more success might not be far away.

“What people forget is it already was a great team we purchased,” Stroll explained. “They were 400 guys, half the amount of staff of most of our competition, less than half of the budget, and they managed to finish a couple of years fourth in a row. So it shouldn’t come as a huge surprise that they’re able to accomplish this today.”

Meanwhile, former team boss Vijay Mallya, who owned the team as Force India between 2008 and 2018, congratulated his former crew on their tremendous victory. Taking to Twitter, he said: “A great day for Racing Point and Checo Perez for the first F1 win. Great effort by Lance Stroll to finish 3rd. Congratulations to all. I am particularly proud as it’s the same Force India team that delivered this awesome result…with my friend Lawrence Stroll at the helm.”

A great day for Racing Point and Checo Perez for the first F1 win. Great effort by Lance Stroll to finish 3rd. Congratulations to all. I am particularly proud as it’s the same Force India team that delivered this awesome result…with my friend Lawrence Stroll at the helm.