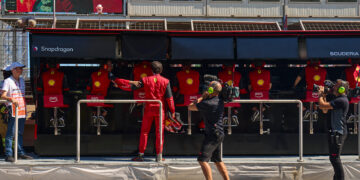 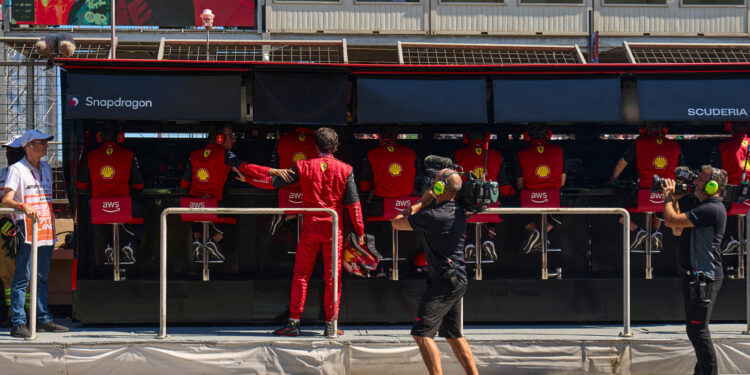 Azerbaijan Grand Prix – Leclerc and Sainz have both expressed their frustration and disappointment with Ferrari’s reliability issues after a double DNF.

After only nine laps of the race Carlos Sainz, who was running in P4, became the first retirement of the day when his F1-75 suffered a hydraulic failure and then just over ten laps later Charles Leclerc had an engine failure complete with clouds of smoke billowing out the rear of his car.

At that point the Monegasque had just regained the lead of the race when his Red Bull rivals had pitted for their first stops, the Ferrari driver having taken advantage of the Virtual Safety Car brought out by his teammate’s misfortune earlier to complete his stop with less time loss than in normal racing conditions.

“I am more than frustrated,” Leclerc said afterwards. “The first stint in the beginning, we weren’t particularly strong, but towards the end of the stint on the medium I was catching back Checo [Perez] and then obviously there was the VSC, and we decided to take that opportunity to pit, and I think it was the right choice.

“We were in the lead of the race, I was managing the tyres well, we just had to manage the tyres and the race till the end, which I think we were definitely in the best position possible to do that. Another DNF, it hurts.”

A tough break for Leclerc as his Baku hopes go up in smoke 😖#AzerbaijanGP #F1 pic.twitter.com/LEYq3hVA8f

The Monegasque driver told Sky Sports F1 that it’s “difficult to understand” where the team’s recent problems have come from given they were so much better at the start of the year.

“We’ve been fast,” Leclerc explained, “and we didn’t have particularly big problems in the first part of the season, now it seems that we have a bit more compared to the beginning of the season but we didn’t change massive things.

“If anything we made things better so it’s difficult to understand for now but we will have to analyse. Obviously I don’t have the full picture of what happened today but just personally again, it hurts.”

Sainz meanwhile said that his issue was frustrating on two counts, firstly for the race itself as he had spent the opening laps managing his tyres and was just about to start pushing, but also that it’s yet another bit of bad luck which has prevented him from getting laps in to help his understanding of the car.

”The hydraulics went and that was it,” Sainz told Sky Sports F1. “It’s a shame because I had taken a lot of care of my tyres in the first nine laps opening a bit of a gap to get some fresh air in the tyres and I was about to start my race, start pushing and move towards the front and as soon as this happened the hydraulics went.

“We’ve been pretty good in reliability on my side, we’ve just been terribly unlucky the whole season and it’s been quite difficult to get any kind of momentum going this season, i cannot do two consecutive races normal without anything happening and also the DNFs in lap 9, you need laps and I need laps and I need to complete races to keep understanding the car.”

The double DNF and a Red Bull 1-2 means that Ferrari have fallen back from the Austrian team in the championship fight and Leclerc has fallen to P3, more than a race win behind current leader, Max Verstappen.