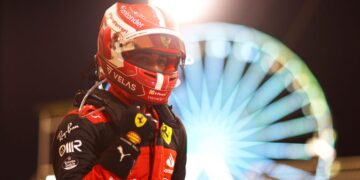 Leclerc delighted to have a car “back to where it deserves”

Leclerc delighted to have a car “back to where it deserves” 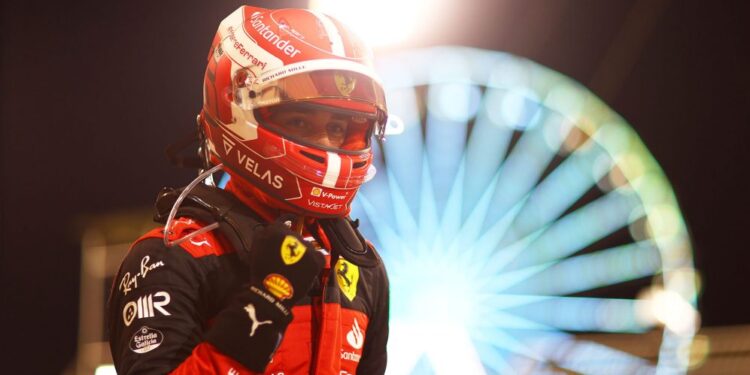 Bahrain Grand Prix – Three years since Leclerc took his debut Formula 1 pole position at this track, the Monegasque has once again put Ferrari on pole.

Ferrari have been consistently near the top of the timesheets through pre-season testing and free practice but despite that the Italian team were very pleasantly surprised to beat Red Bull to Saturday glory.

“[Red Bull] seem very strong, especially in the race pace,” Leclerc told F1.com. “I still expected them to be 2-3 tenths quicker in quali pace compared to us, but it wasn’t the case. So hopefully we’ll have a good surprise too tomorrow and we can keep them behind.”

While Leclerc did take a couple of poles last season, he feels that the Scuderia have got a strong car this year and are back in a position to consistently fight at the front.

“Obviously, the last two years for the team have been extremely difficult,” Leclerc said in the post-qualifying interview. “After 2019, that was positive, we had two very difficult years where I knew it was just a matter of time before we got back to the top because we were working well but until you actually do it, you always have doubts. And finally this season we managed to do a car that is back to where it deserves, which is to be at least in the mix for the top positions.”

The result was not an easy one for the Ferrari driver however as qualifying found him struggling with the car and tyres, issues that hadn’t occurred earlier in the weekend.

“It wasn’t an easy qualifying session, very difficult to put the tyres in the right window and to actually put a lap together. I struggled quite a bit during qualifying. I don’t know why, I didn’t have this problem during the whole weekend, but this evening was a bit more difficult on my side [of the garage] and struggling especially for the first sector. I’ve been quite slow during all qualifying even on my fast lap, but after that the car was feeling very good.”

Looking forward to tomorrow’s Grand Prix, Leclerc is hopeful that he can end the weekend well but it will be the first race with the new cars, so who knows what 2022 will have in store.

“Now we need to finish the weekend on a high tomorrow. It’s not going to be easy, tyre degradation here is the thing and especially with this increase of weights this year. So we need to focus on that and hopefully have a good race tomorrow. I will still stay cautious. I mean, the pace is there but the race is long and anything can happen.”