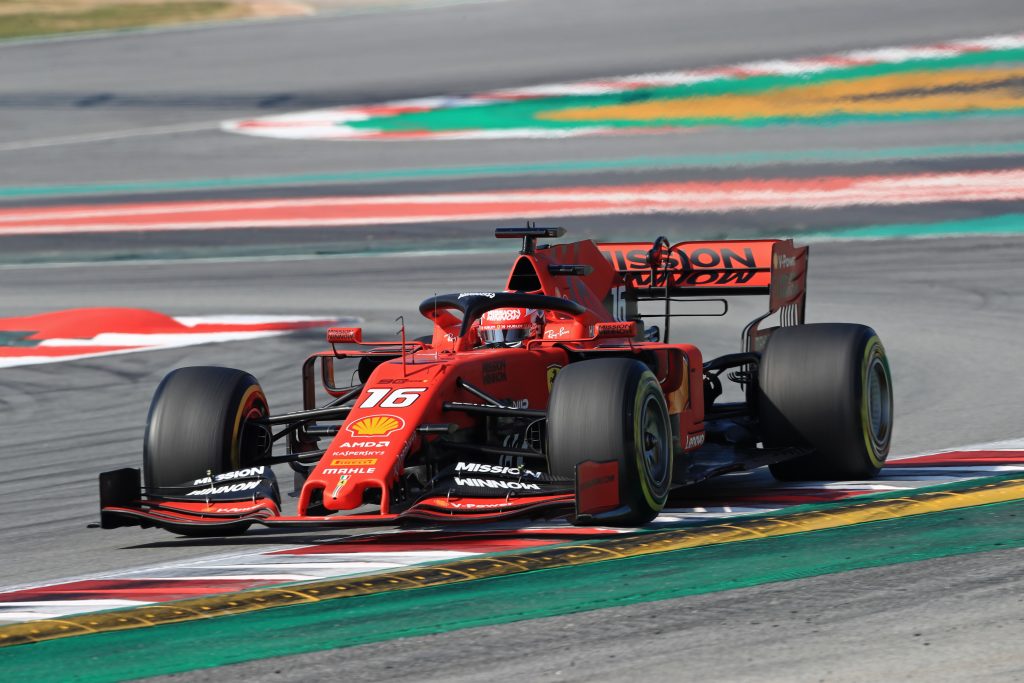 Ferrari’s new signing Charles Leclerc says that both he and Sebastian Vettel are in agreement that the SF90 car feels ‘established’ after just a few days of testing.

The SF90 has been consistently strong through the opening pre-season test of 2019. Fastest times from Sebastian Vettel & Charles Leclerc on Days 1 & 2 put Ferrari at the front before a confident Wednesday program enabled the team to finish early.

Reliability and pace have both been evident from the Scuderia’s latest car, and Charles Leclerc says he and Vettel are in agreement on the general direction taken with the SF90.

“It feels good, the balance feels good.” the Monegasque driver said as he addressed media on Thursday. “As Seb has said, the SF90 doesn’t feel like a new car, it feels like an established car and we’ll keep pushing because the other teams are sandbagging. We dont know how much by but we are pretty happy with the car at the moment.”

“I won’t comment too much while testing but the feeling is good, many laps and reliability is good. We’ve done our planned program every day and this is extremely good for the team. We’re very happy.”

Ferrari’s new team boss Mattia Binotto said at the SF90’s launch last week that the team may throw their weight behind Sebastian Vettel early in the championship as Leclerc finds his feet as an expected frontrunner in Formula 1, but the young Leclerc says that he’s hoping to be able to be a contender right from the start of the season: “I will be happy if I get used to this car as quickly as possible and I’m straight on the pace. I’m realistic too, it’s only my second season in F1 and I’ve a lot to learn. There’s a long road ahead, but i can’t hide that I’m pushing as hard as possible to be ready for the first race and if Mattia [Binotto, Team Principal] has to manage two quick drivers, then it’s a good sign for me. I’m focusing on me and improve every lap I’m in the car. They’re a top team and the approach is different to the team I was with so a bit of adaptation but I’ll be pushing to be ready for Australia.”