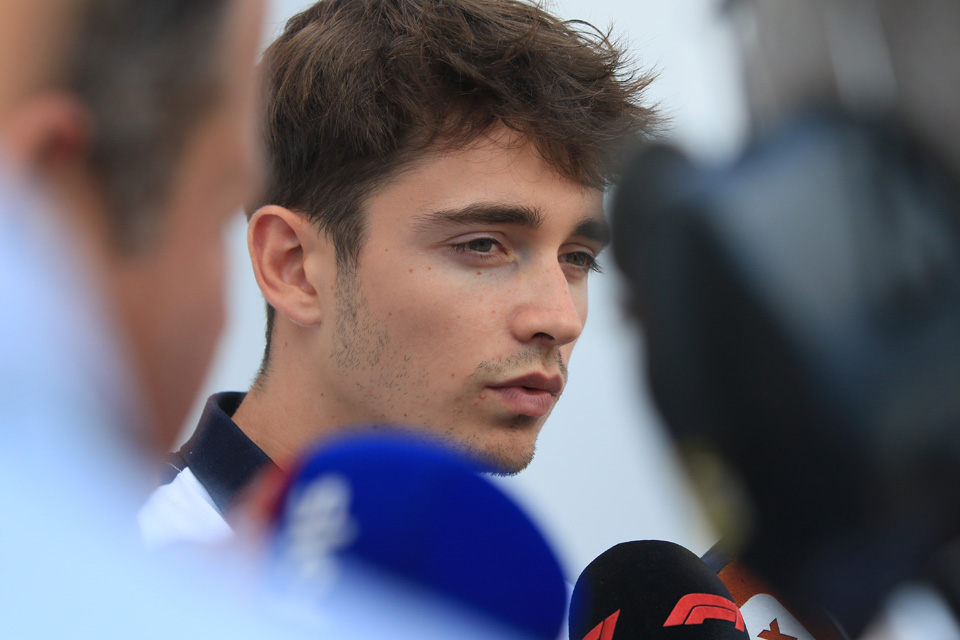 German Grand Prix – Charles Leclerc was fastest in a soaked final practice ahead of his Sauber team-mate Marcus Ericsson.

Only nine drivers set a lap time as the conditions warranted the use of the extreme wet tyre, but Pirelli did not hand out an extra set of tyres for the session despite rain being forecast for qualifying.

For the first 45 minutes of the one-hour long session, Nico Hulkenberg’s 1:36.873 was the only time on the board as teams were worried about damaging their cars, especially after Carlos Sainz Jr. nearly crashed his Renault at the high-speed right of Turn 7 and then spun at Turn 10.

The two Saubers and the two Williams of Lance Stroll and Sergey Sirotkin took to the track in the final quarter of the session, and found conditions trickiest at Turn 8 where Leclerc, Ericsson, Sirotkin and later Pierre Gasly took to the escape road.

Sirotkin ended the session third fastest ahead of Sebastian Vettel, who went to the top of the timesheets after his first hot lap but then touched the run-off area at the Turn 6 hairpin and spun on his next lap.

Gasly was fifth ahead of his Toro Rosso team-mate Brendon Hartley. Hulkenberg, Raikkonen and Stroll also set times in seventh to ninth places.

The other drivers did not set a lap time but put in at least one exploratory lap towards the end of the session.