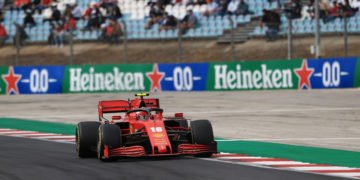 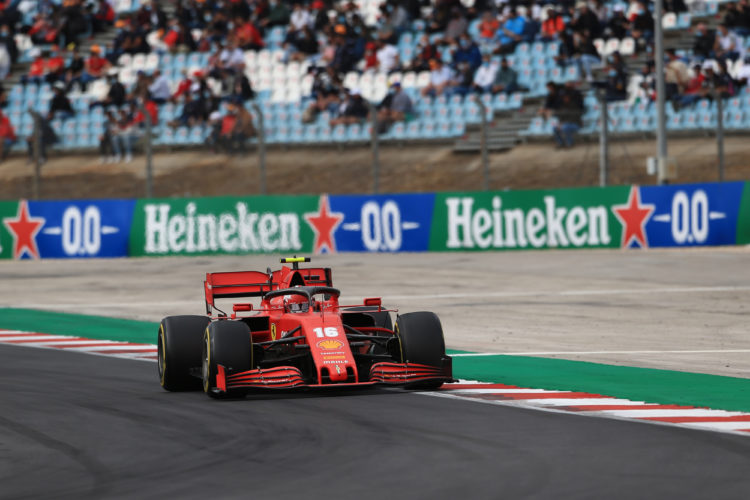 Portuguese Grand Prix – Ferrari’s Charles Leclerc says patience was the key to his eventual P4 finish at Portimao, after starting on the Medium tyre.

Aside from the Mercedes drivers on the front row, Charles Leclerc was the only other driver in the top ten to start the race on the Medium compound.

As a result, he struggled at the start of the race with grip hard to come by while the Soft tyre runners enjoyed the initial grip and warmth of their red-banded Pirellis.

Having lost four positions on the first lap, Leclerc kept his head down and started to come to life as the Medium tyres found temperature. He was able to pick off the Renault of Daniel Ricciardo, Alfa Romeo’s Kimi Raikkonen and the two McLarens Lando Norris and Carlos Sainz before his sole pitstop. Swapping to the Hard compound on Lap 34, Leclerc briefly looked as though he might have been able to challenge Red Bull’s Max Verstappen for P3 due to his considerably fresher tyres. However, he couldn’t close up enough and had to be content with P4.

“We had a strong race and we are seeing some progress, which is very encouraging for the whole team and for me personally.” said Leclerc after scoring his best result since the 70th Anniversary Grand Prix at Silverstone in early August.

“We worked very hard on our race pace and finally we have had a weekend with both a decent qualifying and a good race, so I am very pleased.” said Leclerc.

“It was a very difficult one, because the first half of the race, I had to be very, very patient,” continued Leclerc. “I was getting overtaken a bit everywhere, and then lap after lap I could feel it was coming and then it paid off at the end. But I felt quite good in the car. It was tricky, I had a lot of moments where I thought I would crash, but in the end I kept it on track, and fourth place is a great place to [be].”

“The first stint was tricky. In the first few laps I had to keep focused as I was losing quite a lot of positions because we started on the Mediums. Lap after lap we got back to where we wanted to be and it was amazing.”

With Ferrari scoring a double points finish with Vettel in P10, it’s only the third time Ferrari have managed to do so this season. However, there has been recent signs of progress in terms of pace, particularly on Leclerc’s side of the garage.

“It’s good to see the progress the team is making race after race.” said Leclerc of the steps forward the team have made as they look to 2021. “If I look at my personal performance so far it has been a good season. I still have work to do, there are definitely a lot of things I still need to improve and I hope that looking back at this year I will remember it as a positive one.”