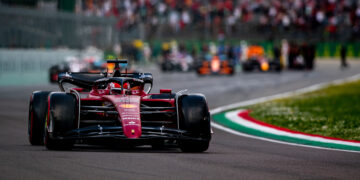 Leclerc: I paid the price for pushing the tyres at the start

Leclerc: I paid the price for pushing the tyres at the start 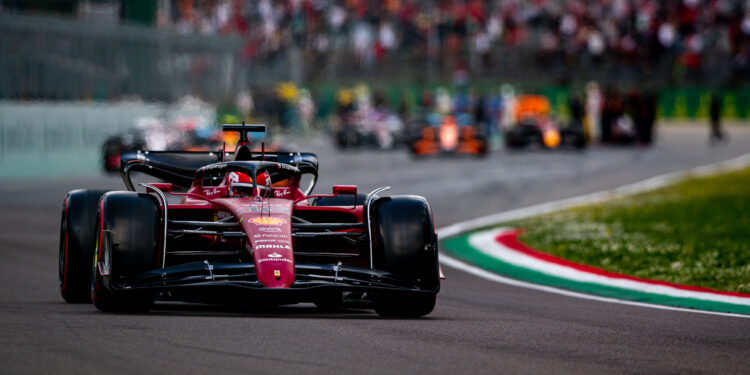 Emilia Romagna Grand Prix – Charles Leclerc gave the tifosi a lot to cheer about at the start of the Sprint but just couldn’t hold Max Verstappen off in the end.

Starting from P2, the Ferrari driver had a much better start than his pole-sitting rival and took the lead on the run to the first corner. Leclerc didn’t have much of a chance to try to pull a gap over Verstappen on the opening lap as a crash for Zhou Guanyu brought the Safety Car out mid-way through it.

At the restart however the Monegasque driver pulled a second’s gap over his second-placed rival and spent the majority of the remaining laps out of DRS range. Unfortunately for him, and the majority of the fans at the track, the soft tyres couldn’t hold out for the full 21 laps and Verstappen was able to retake the lead and ensure that, for this first Sprint weekend at least, the history books won’t be a confusing read with the driver recorded as having pole position (whoever was fastest in Q3 on Friday) not being the driver who starts the Grand Prix in P1 (whoever wins the Sprint).

“I did a great start,” Leclerc said, “and then we were in P1 and it was all about trying to get Max away of the DRS because otherwise I knew I was very vulnerable. So I pushed quite a bit on the tyres and obviously paid a price in the end of the race with the front right graining, which was quite a bit.

“But it’s okay, the main race is tomorrow and there’s not much we can change but the compound and the driving. So I’ll work on that and try to optimise that but it feels like maybe in race pace this weekend [Red Bull] have something more than we do.”

Leclerc said the team will have to see what they could do about the graining overnight but, despite the strong pace of the Red Bulls, he still believes that Ferrari have a chance to take the win in front of their home crowd.

“We need to fix the graining most of all. It felt like we damaged the tyres a bit more, especially the front right for some reason. So, we’ll focus on that for tomorrow’s race.

“If we do everything perfect I still believe that we can bring the victory home, but let’s say that it’s going to be much more difficult than the first three races because they seem very, very strong on high fuel, so, let’s see.”