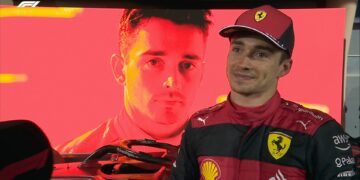 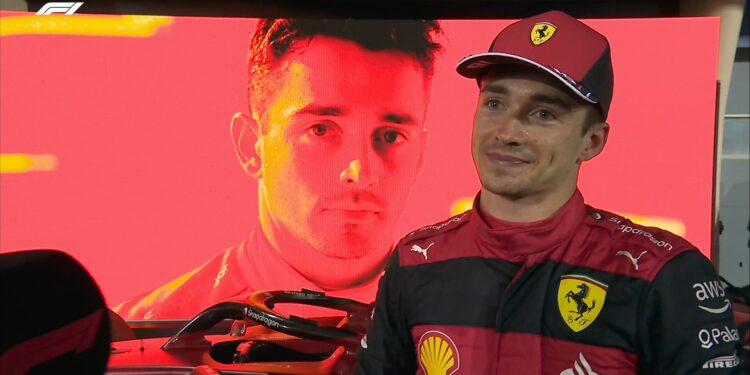 Bahrain Grand Prix – There might have been late drama behind, but Charles Leclerc drove a perfect race to lead Ferrari to their first 1-2 since 2019.

Leclerc started on pole position in Bahrain for the first time since 2019, when he took his debut pole, at that race the Ferrari driver lost the position on the run to the first corner but this time out it was a much better start, and end, for the Monegasque as he held his position when the race began and was the first to take the chequered flag.

“So happy,” Leclerc said post-race. “I mean again I keep repeating myself, but the last two years have been incredibly difficult for the team and we knew this was going to be a big opportunity for the team. The guys have done such an incredible job giving us, and building, this amazing car.

“For now, it’s starting in the best way possible – pole position, victory fastest lap, one-two today with Carlos – we couldn’t hope for better. So thank you to all of you guys that kept supporting us in the past few years. It hasn’t been easy, but it’s incredible to be back at the top.”

The Ferrari’s lead did not go unchallenged as there was a fantastic multi-lap fight between himself and then second placed Max Verstappen, but Leclerc managed to come out on top of that battle.

“I was trying to be as clever as possible using the DRS as much as possible, so I was trying to break early in turn one just to be behind [Verstappen] at the DRS detection. Twice it worked out so I took back my first position and [I’m] just incredibly happy that we made it work.”

With just over ten laps to go the Safety Car was brought out to allow marshals to clear Pierre Gasly’s flaming AlphaTauri, despite that meaning that the gap between Leclerc and Verstappen was removed, it did allow him to take a free pitstop and be on fresh tyres like the Red Bull driver, who had pitted a couple of laps before.

A few laps later and the Ferrari driver managed the restart very well, giving himself a gap that wasn’t challenged for the remainder of the race.

“I didn’t want [the Safety Car to appear when it did] but then I did a great restart. And that gave me a little bit of margin to then manage my race until the end.”