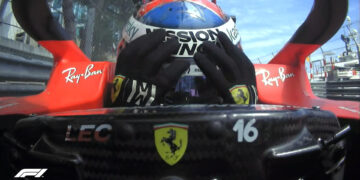 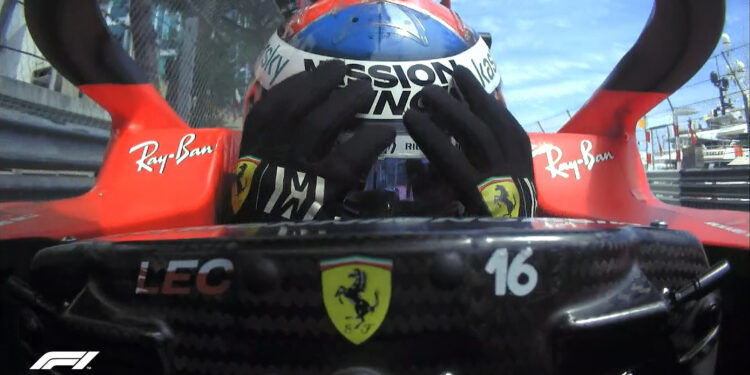 Monaco Grand Prix – Charles Leclerc’s bad luck at his home track continued with the Ferrari driver failing to start after mechanical issues on his car.

There had been worry about the gearbox ever since the Monegasque driver went into the wall at the end of qualifying but Ferrari’s checks on Saturday evening and Sunday morning put those fears to rest and Leclerc was ready to start from pole.

Disaster stuck quickly however as halfway through his out lap, the first time in the car since the crash, Leclerc felt something break and had to return to the pits where the car remained for the rest of the event.

“I did the first sector on the out lap,” said Leclerc. “Everything felt perfectly fine and then just before the tunnel, I think, something broke on the rear left. I initially thought it was the gearbox but from the first investigations I don’t think it’s the gearbox but it’s coming from something else, but we will see.”

Talking to Sky Sports F1 after the race, Mattia Binotto said that the race-ending damage was not on the side that had made contact with the barriers and as a result, hadn’t been checked over.
“We need to fully understand what happened,” said Binotto. “The failure is on the driveshaft into the hub on the left-hand side, so it’s not a gearbox problem we had. The gearbox has been inspected yesterday evening, it has been rebuilt, and the gearbox was ok for the race.

“What happened is on the opposite side compared to the accident, so it may be completely unrelated to the accident. But something on which we need to carefully understand and analyse. This was an area that was not checked because it was not damaged.”

Leclerc said it was very tough for him to accept and that it continues his run of awful luck at his home track. He did however show great team spirit joining the team on the track at the end of the race to congratulate and celebrate teammate Carlos Sainz on his second.

“Sad. Just very sad,” the Monegasque added. “It’s a very difficult one to take and I also feel sad for the team because they’ve been checking everything, all the mechanics have been in a hurry since yesterday trying to check everything and everything was fine.

“It’s a track that means something very special for me. Every driver that races at home wants to do well and I’ve never finished a race in Monaco. This year I start from pole and I don’t even start it, so it’s a difficult one to take. But it’s like this, I’ll have to go over it and to push for better in the future.”

The Ferrari driver said the fact that the car was so competitive for the first time this season and he couldn’t capitalise on it added to the disappointment of the weekend.

“[The pace of the car] was great. I really enjoyed being back fighting for top positions but on the other hand we all know that it’s a one-off. The car is very good on this track but from next race onwards we’ll come back to reality and unfortunately we won’t be fighting for these positions again so that’s why it hurts a bit more than normal, but it’s like this.”