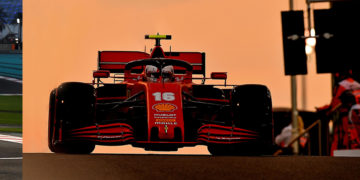 Leclerc ‘not happy’ after ‘struggling massively’ in Q3

Leclerc ‘not happy’ after ‘struggling massively’ in Q3 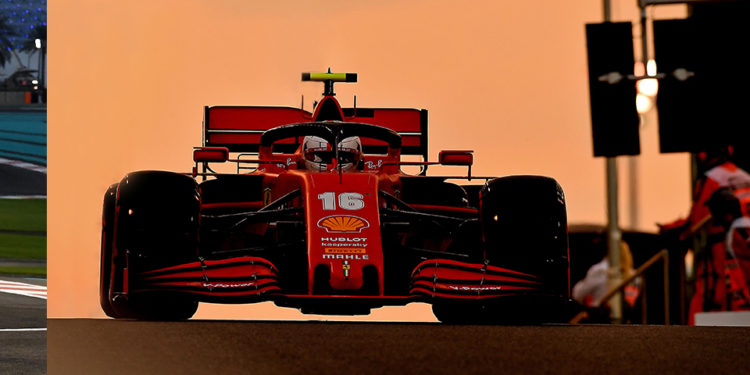 After setting good times in the first two parts of qualifying, Leclerc was very disappointed with his Ferrari’s pace on the soft compound in Q3. On the team radio after qualifying the Monegasque driver despaired over the loss of pace, repeating “we were slow” to his engineer.

“I am not so happy about today,” said Leclerc. “Even though Q1 was good and Q2 was very, very good on Medium tyres, in Q3 we lost the rhythm, especially in the last sector and it didn’t work out for us. Two soft runs in Q3, I struggled massively with the rears in the last sector and lost a lot of lap time so it’s like this unfortunately. I will be starting on the medium so hopefully we won’t have to touch the soft tomorrow.”

Although he qualified P9, Leclerc will start further back thanks to the three-place grid penalty he was handed for his part in the first lap incident between himself and Sergio Perez, which ended Leclerc and Max Verstappen’s races, in the Sakhir Grand Prix.

“Unfortunately, we have a three-place grid penalty to take tomorrow so it won’t make much difference that I am starting on Mediums, as I expect people around me at the start to go for Medium or Hard tyres.

“It’s going to be a tricky race because here in Abu Dhabi it’s always very warm so tyre management will be a big thing, more than usual. We were quite competitive in FP2 even though our long runs were affected by the red flag, so our pace shouldn’t be too bad tomorrow.

“I want to stay sixth in the drivers’ championship so for this last race of the season I’ll do all I can to make up as many places as possible.”

Leclerc’s teammate, Sebastian Vettel will start his final race as a Ferrari driver from P13. While disappointed to end his time with the Scuderia from there, the four-time World Champion seemed resigned to his lack of pace saying “I gave it everything I had” and that “when I tried to go faster it didn’t work.”

Despite that qualifying and the difficult season he’s had, Vettel hopes to be able to enjoy his last race and the time he has with his crew.

“Obviously it is not nice to start my final race with the team from 13th on the grid. The result itself is quite bad, even if I was happy with my own performance on the lap. Maybe putting together the perfect lap would have got me as high as tenth, but no better than that.

“My plan for the race tomorrow is simply to try and do my best. I guess we won’t have an easy race.

“I think it will be special since it is the last one. I want to enjoy this race and feel very close to the people in the garage, the mechanics, the engineers, everyone. It will be very emotional.”