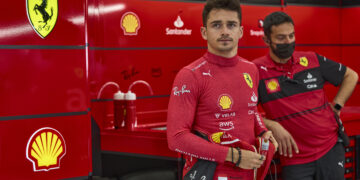 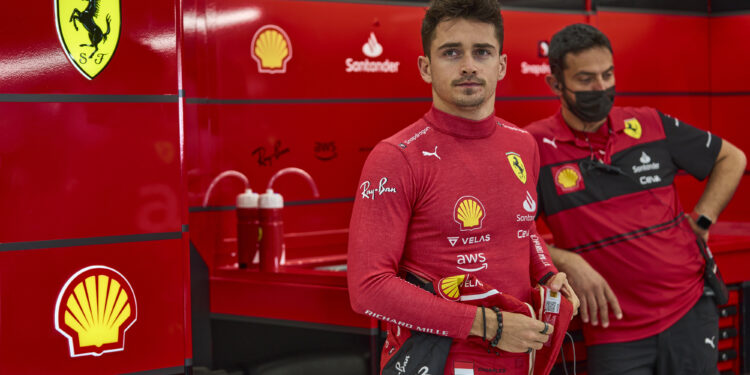 Long time Ferrari Brand Ambassador and former test driver Marc Gene has been impressed with the performances of championship leader Charles Leclerc this year, believing the Monegasque driver is performing at a new level. Leclerc has a win and second place to his name so far in 2022, having also taken pole at the season opener.

“Charles, he used to be very emotional and this year he has changed a lot” said Gene. Charles is like a 2.0 version of himself. When I went to Barcelona for the private testing, we spent a lot of time together and he was completely changed in his mindset and his mentality, and you can see it,”

Gene also believes that Leclerc remaining grounded after his strong performance in Bahrain shows the Monegasque driver has become more “mature” over the winter “(In Bahrain) I was expecting Charles to be more over the moon after qualifying, after the pole, and the race, but he seemed so much more mature and aware that this is a very long championship.”

So close. Disappointed with 2nd today but the fight was fun ! Let’s keep pushing. pic.twitter.com/MghGqdkt05

Gene believes Leclerc’s new approach combined with teammate Carlos Sainz’s attitude and the calm leadership style of Team Principal Mattia Binotto will be vital in keeping the expectations and emotions from the passionate tifosi in check: “I think Mattia, Charles and Carlos are going to be very important in keeping these emotions that we Italians, we tend to have.

“So, I leave that to the tifosi. But the three main characters of this team, which are the two drivers and the team principal, they are not emotional; Mattia is half Swiss [and the calmness] you can see with Carlos, it comes from his father.”

Ferrari are locked in a potentially season-long battle with Red Bull for the Constructors championship, a changing of the guard following Mercedes’s dominance since 2014. Although the Brackley based squad won the Constructor’s in 2021, they were pushed hard by Red Bull.

“I think cycles cannot be beyond the one that Mercedes has had any longer; that is the longest probably that we will see in F1 history. But definitely [Ferrari’s] group of people are ready to open a new era.

“I always say you learn more from the bad years than from the good years and now that we have a good car, we are ready for a new era I think, because it is the same people that suffered so much.”

Ferrari arrive in Melbourne ahead of this weekend’s Grand Prix leading both championships, with Charles Leclerc 12 points ahead of his teammate Carlos Sainz in the drivers standings.