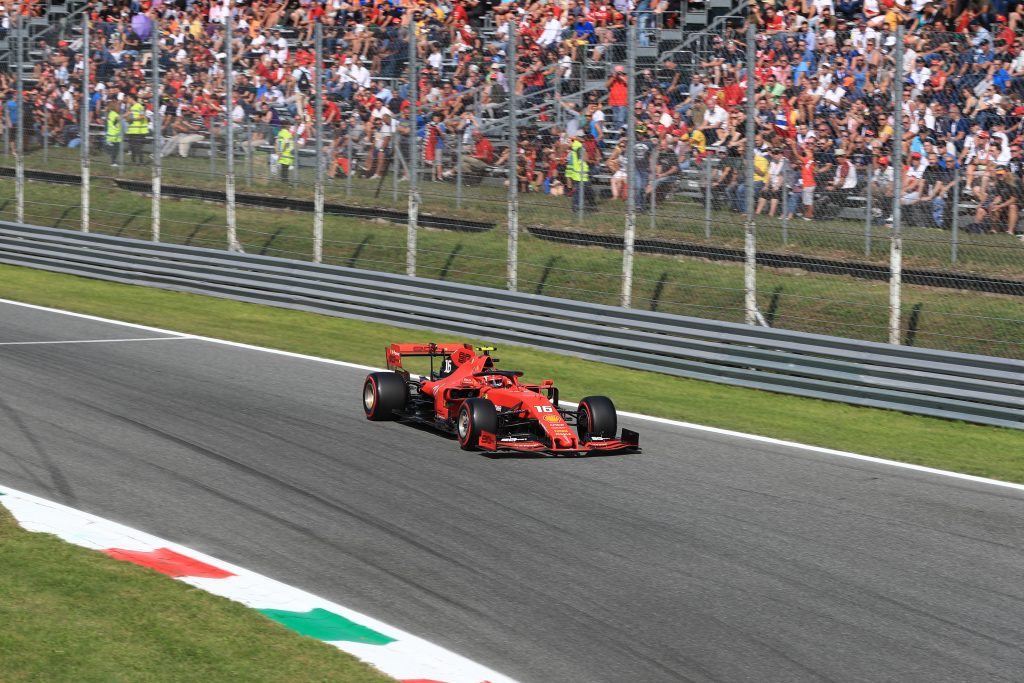 Starting from pole, the Monegasque became the first Ferrari driver to win at Monza since 2010 after surviving long periods of pressure, first from Hamilton, and then from Bottas.

The race was long-fought between Leclerc and Hamilton, with the Ferrari man, equipped with hard tyres, defending from Hamilton who, whilst running the medium tyres, was frequently within DRS range of the leader.

With Hamilton’s challenge fading in the final ten laps, a lock-up handed second place to Bottas – who had pitted for mediums seven laps after Hamilton – and the Finn mounted a final challenge to Leclerc.

However, the Finn made a mistake at the first chicane in the final few laps to allow Leclerc to an emotional victory on Ferraris home turf.

Sebastian Vettel’s hopes of making amends for last season’s error were destroyed when he lost control of his car at the Ascari chicane.

A half-spin left his car stranded on the apex of the second Ascari corner, and his efforts to get going again took out Racing Point’s Lance Stroll. He was forced to pit with front wing damage and he was handed a ten-second stop-and-go penalty to boot, finishing well out of the points.

The Renault’s of Daniel Ricciardo and Nico Hulkenberg finished fourth and fifth – the team’s best result of the year – with the number 27 car fending off Red Bull’s Alex Albon, who took sixth.

Max Verstappen’s attempts to recover from a back-of-the-grid start began with a tangle on lap one which required a front wing change, but the Dutchman was able to fight back and take eighth place. He finished just behind Racing Point’s Sergio Perez, who started from a similar grid slot and completed a strong comeback to take seventh.