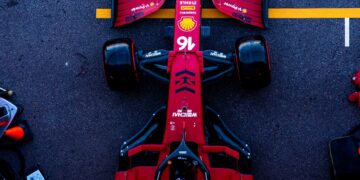 Ferrari's Charles Leclerc has taken pole position for his home race, but crashed out late in Q3 bringing out the red flags and halting the session. 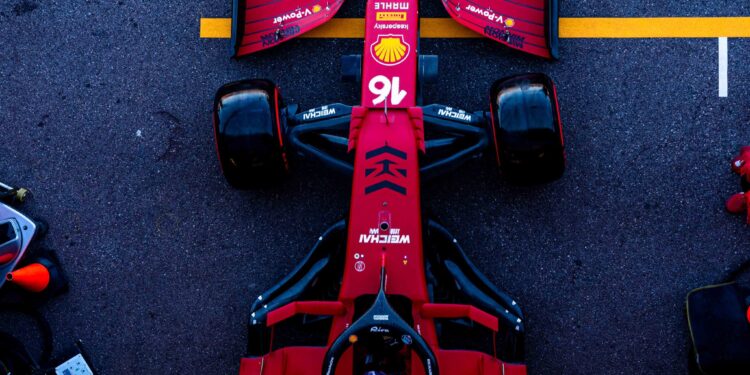 The home hero will start the race on pole position ahead of Sunday’s Grand Prix, but crashed out on his last run late in Q3, bringing out the red flags, and ruining other drivers’ final runs.

The Ferrari driver set a time of 1:10.346, almost a quarter of a second clear of Championship contender Max Verstappen in the Red Bull. The Dutchman didn’t get a clear run on his first lap, but was unable to complete his second run in Q3 due to the red flags.

Mercedes’ Valtteri Bottas finished in third place ahead of his teammate Lewis Hamilton whose lacklustre performance saw him set the seventh fastest time. The Championship leader looked to be struggling for traction and is almost half a second off Bottas’s time.

Carlos Sainz, who led the session at times, was another victim of the red flag and couldn’t improve his time. The Ferrari driver starts down in fourth, 0.265s off the benchmark set by his teammate.

McLaren’s Lando Norris starts in fifth, amongst the group of cars who are within a quarter of a second of Leclerc’s time. His teammate Daniel Ricciardo had a difficult session and was knocked out in Q2. The Australian will start down in 12th for the race.

Pierre Gasly set a competitive laptime in the Alpha Tauri and put his car into sixth. His Japanese teammate Yuki Tsunoda was knocked out in Q1 and starts down in 16th place causing mixed fortunes for the Red Bull sister team.

Sebastian Vettel is on the road to recovery for Aston Martin who starts in eighth and out-qualifies his teammate Lance Stroll who was knocked out in Q2. The Canadian driver starts down in 13th place.

Sergio Perez, who topped the first free practice session on Thursday, qualified in ninth place, a full second off his Red Bull teammates’ time. The Mexican was another driver who was compromised by traffic and the red flag.

Alfa Romeo’s Antonio Giovinazzi set an impressive lap to round out the top ten and out-qualify his World Champion teammate Kimi Raikkonen – the Finn who starts down in 13th.

Alpine have struggled around the Principality with Esteban Ocon qualifying in 11th place. The big shock of the day was teammate Fernando Alonso who was knocked out in Q1 and starts down in 17th place.

Williams’ George Russell starts in 15th with his teammate, who overcame a crash earlier in the morning in practice, starts down in 18th.

Nikita Mazepin rounds out the field in 19th for Haas with his teammate Mick Schumacher unable to participate due to damage to his car following a crash in Free Practice 3.