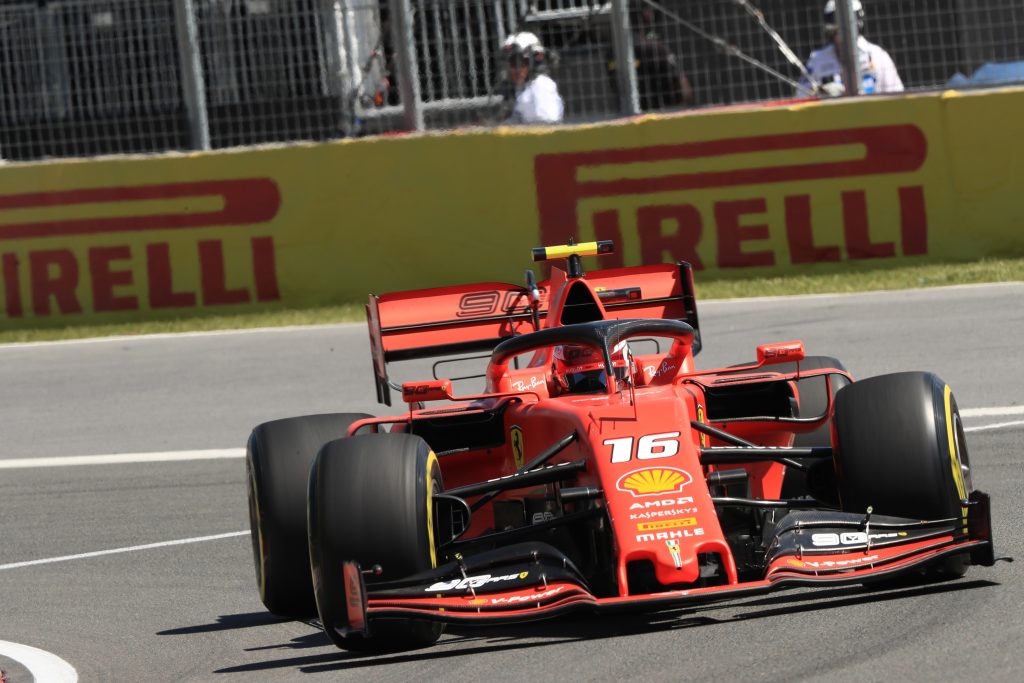 Canadian Grand Prix – Charles Leclerc headed a Ferrari one-two at the Circuit de Gilles Villeneuve whilst Lewis Hamilton’s session was curtailed after a collision with the wall.

Responding to being a full second behind in free practice one, Ferrari hit back in the qualifying simulations by topping the second free practice session in Montreal.

Leclerc second flying lap on the soft tyres was enough to pip team-mate Sebastian Vettel by 0.074 of a second, whilst Mercedes’ Valtteri Bottas was only half-a-tenth behind the second Ferrari.

Lewis Hamilton was unable to participate in the qualifying runs after striking the barrier part-way through the session.

Whilst going through the turn eight-nine sequence, he lost the rear-end of the car and hit the wall with the right-rear of the car, which gave him a puncture, and encouraged the team to not run the car for the rest of the session.

It remains to be seen if a gearbox penalty will come of the impact, or whether the lack of running was precautionary. He finished the session in sixth, despite no qualifying laps.

McLaren’s Carlos Sainz took a strong fourth place, setting a time just 0.376 of a second off the pace, and almost four tenths clear of Haas’ Kevin Magnussen in fifth.

Racing Point’s Sergio Perez took seventh ahead of the to Renaults of Daniel Ricciardo and Nico Hulkenberg, whilst Lance Stroll (Racing Point) completed the top ten.

Red Bull’s Pierre Gasly finished down in twelfth after failing to complete a representative lap, ahead of team-mate Max Verstappen, who hit the wall of champions at the end of his qualifying lap.

He brushed the front-right of the car against the wall, but this wasn’t enough to end his FP2 session, and he continued into the race runs.