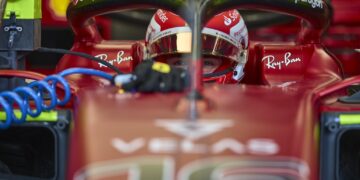 Leclerc tops FP2 as both Ferraris clip the walls

Leclerc tops FP2 as both Ferraris clip the walls 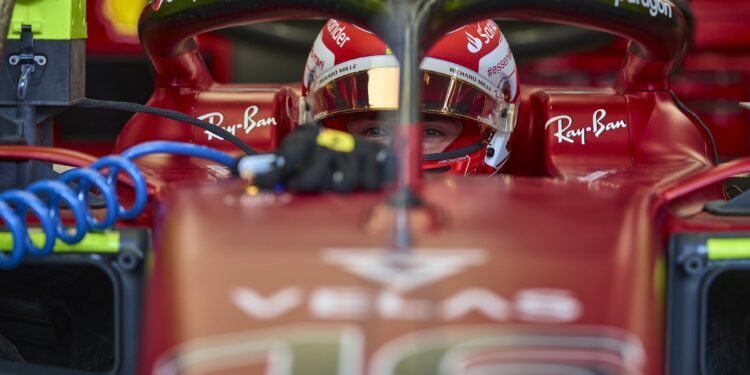 Saudi Arabian Grand Prix – Charles Leclerc was once again ahead of Max Verstappen but both Ferraris missed the end of the session with damage.

The start of the second session was delayed by 15 minutes as the teams and drivers were all called to a meeting, with F1 CEO Stefano Domenicali and FIA President Mohammed Ben Sulayem, which ended just as the second practice was due to start. The meeting was to update them with the information available about the causes of a large black smoke cloud which could be seen from the track during FP1.

At that point F1 hadn’t confirmed to the media what information they had but it was being reported that it was a missile attack by a Yemeni rebel group on an Aramco oil facility a few kilometres away. Jennie Gow later reported on the BBC commentary that at the meeting the teams were told that the weekend would continue though there would be another meeting held after the session ended.

The delayed session started with the majority of drivers out on track within the first few minutes, the exception being the Red Bull, though they were out around the 55 minute mark. With the conditions cooler and much more comparable to what the drivers will face in both qualifying and the Grand Prix, the times were quick right away. Valtteri Bottas, who was P3 in practice one, the first to set a time, a 1:31 but Charles Leclerc immediately bettered his chart-topping FP1 time by over half a second with a 1:30.216.

It was not the greatest of starts to a session for Lewis Hamilton, who was not only still experiencing a lot of bouncing in his Mercedes but also falling afoul of traffic on the twisty track. The seven-time world champion then returned to the garage to change his seat after he requested the spare which is slightly higher.

The track got very quiet after 15 minutes as the cars returned from their first runs but not before Max Verstappen continued the Red Bull/Ferrari battle for the top spot as he shaved 0.002 seconds off Leclerc’s time with a 1:30.214.

Alex Albon, who was handed a reprimand between sessions after he impeded Mick Schumacher during FP1, had a moment while he was passing Hamilton halfway through the session, the Williams got up on the kerbs and had a big wobble as he went by.

With all cars out on the soft tyres it was Leclerc who had the better time on them setting a 1:30.074. After missing the whole of the first practice session, Kevin Magnussen’s luck did not improve for FP2. The Dane had radioed his team just after the half-hour mark saying “Power. Engine problem.”, Haas got back to him to let him know they were okay to go for another lap but the car disagreed and stopped on track.

There were a few minutes under Virtual Safety Car while the stricken Haas was recovered. Around the same time as that, the Ferraris both seemed to run out of luck as Carlos Sainz and Leclerc hit the walls within a few minutes of each other. Sainz being told the team hadn’t seen any damage as a result but returned to the garage for a better look and wasn’t seen on track for the remainder of the session. Leclerc meanwhile reported straight away that “my car is broken” before slowly making his way back to the pits and ending his day.

Those hits meant that Ferrari missed out on completing any long running, which was what the last 20 or so minutes were being used for. Yuki Tsunoda had an issue at the very end of the session, radioing his team “trouble, trouble” and being told to turn off the engine.

Sainz ended the day P3, 0.246 seconds off his teammate while Sergio Perez put the second Red Bull into P4. The two Mercedes finished the session line astern, Hamilton with a 1:30.513 and Russell in P6 just over a tenth and a half slower.

Lando Norris was the best of the McLarens in P7 while Esteban Ocon was P8 for Alpine. Bottas, who had been P3 for Alfa Romeo in first practice, was 0.758 seconds off the Ferrari pace in P9, with the top ten being rounded out by Tsunoda.