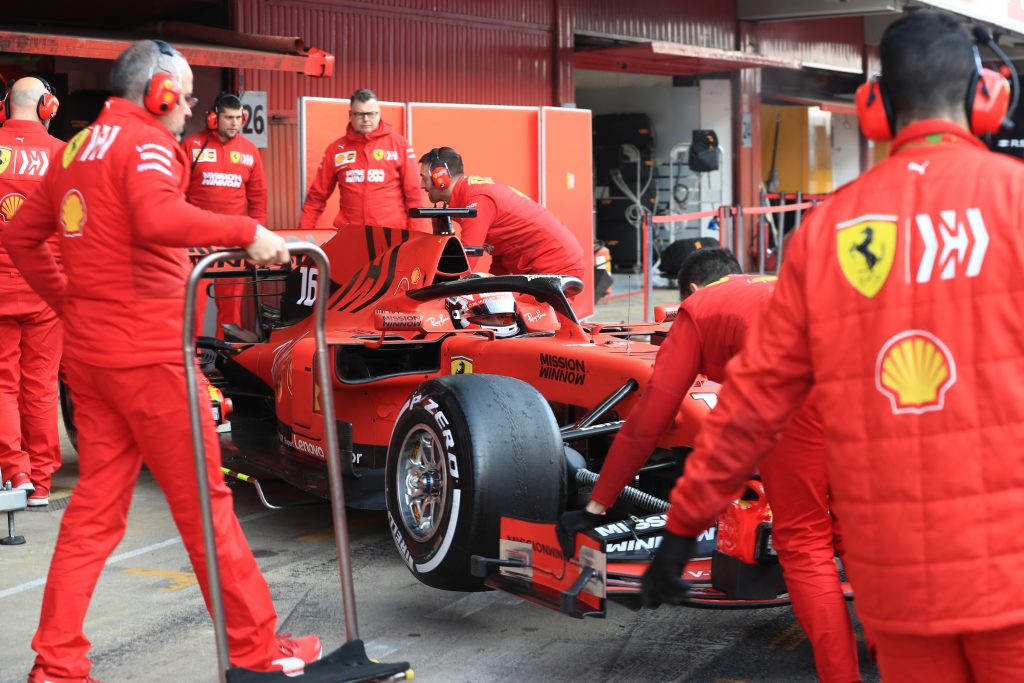 New Ferrari signing Charles Leclerc says that Sebastian Vettel’s ‘extremely strong’ positive characteristics are areas in which he can learn from the four time World Champion.

Heading to the second week of pre-season testing in Spain, Leclerc says that there are some areas in which he has identified that he is weaker than the veteran Sebastian Vettel.

The German driver is well-known for being quite easy to get along with, something which Leclerc confirmed as the case since he started with the team: “We are working very well together. Seb is a very nice guy, and not very difficult to get on with him and that’s good. We’re working well together on the car, I won’t go into detail, but it’s been good and good to have him next to me during testing even if we can’t really compare one day with the other. It’s good to see what are his strong points and what I can learn from him in many senses.”

Speaking about his observations in the garage about how Vettel connects with the background mechanics and technical team, Leclerc said: “Seb is a bit different to me as he knows a lot of people in the team with some years in the team. Even though I’m here a while through the Ferrari Driver Academy, I still need to know and understand which person does what. That’ll take some time.”

“In terms of feedback, Seb is extremely strong and has a huge technical knowledge. I can improve in that area but we are pushing. I have spent the last six weeks in the factory to learn the systems which I think was one of my weak points in 2018 and I’m going to get better in all of these things.”

“There’s a huge motivation [back at the factory]. All very impatient to see how the car would react on the track. They were all happy before the test with the car so I imagine they still are.”

Asked about how he was handling the jump from the mid-field Sauber from last season to what may be the fastest car at this moment in time, Leclerc said the performance jump is easy to handle compared to the one he did when he entered the sport twelve months ago: “It’s a different position I’m in, obviously when I arrived in winter testing last year I was coming from Formula 2 and that was a big step. The jump from Formula 1 car to another Formula 1 car isn’t as big so the step is smaller and I got used to it very quickly. I feel at ease with the car. There’s a few things I need to get more used to but the feeling is good. It’s a car that’s easy to drive now.”