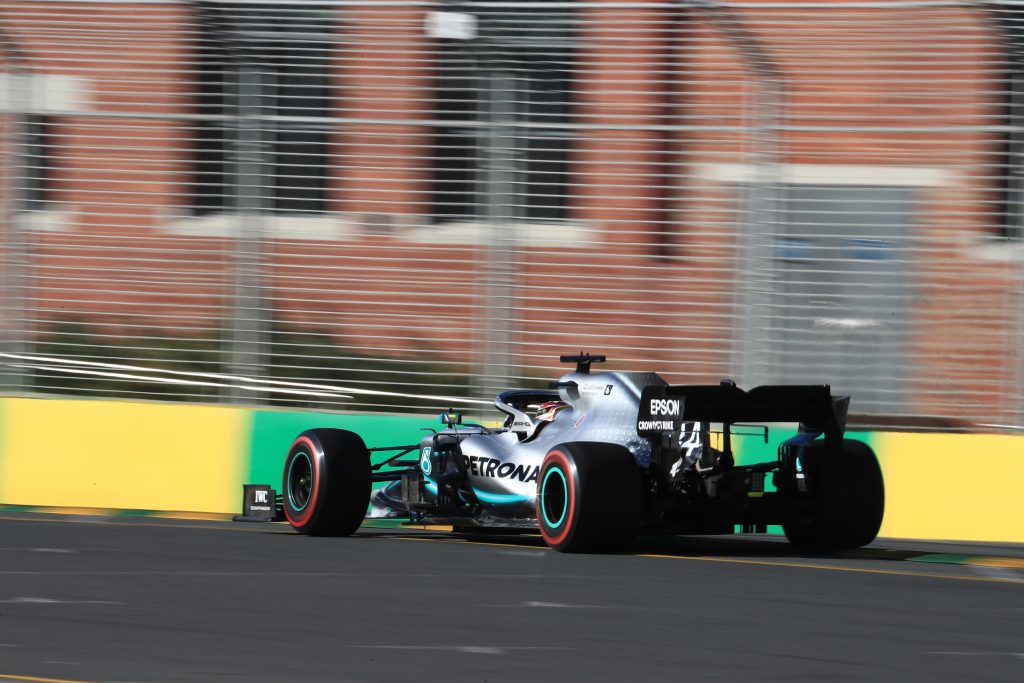 Lewis Hamilton: Plenty for us to improve on

Lewis Hamilton: Plenty for us to improve on

Australian Grand Prix – Mercedes AMG’s Lewis Hamilton says that despite a dominant showing in practice, there’s still plenty of time to be found from his W10.

Lewis Hamilton topped both practice sessions in Melbourne on Friday. With the track exceptionally green and slippery at the start of the weekend, the pace was initially quite slow. But, as cars went round throughout the opening hour, grip levels improved and the usual contenders started to rise to the top of the times.

Along with the Ferraris, Hamilton improved to eventually finish the first practice session at the front, just a smidge ahead of expected title rival Sebastian Vettel. However, all eyes were on the second practice session, as the conditions over that ninety minutes would be more representative of those found in qualifying and the race.

It ended up being an all Mercedes affair in FP2, with Hamilton doing 33 laps and a best time of 1:22.600 halfway through the session. This was set on the Soft tyre, and was just 0.048 clear of teammate Valtteri Bottas on the same compound. The nearest challenger wasn’t a Ferrari, but Red Bull’s Max Verstappen. He was 0.8 seconds behind the Merc drivers on the same Soft tyre. The quickest Ferrari was Sebastian Vettel in P5, 0.837 shy of Hamilton’s best.

“The car feels like it’s in a similar place to where it was in Barcelona, which is positive coming to a different track.” said Hamilton after showing such ominous pace.

He went on to suggest that there is still plenty of time in hand, which is worrying for Ferrari as they are yet to show they can match even the initial pace set by the Mercs: “We got through our programme really well, there were no issues on track. There’s plenty of stuff that we can improve on, but this was not a bad start. What we have to do now is really study and analyse everything, as we always do on a Friday night. But the fact is we’ve got two cars that continue to go around, none of us made a mistake and we kept the cars in one piece – that counts for a lot. “