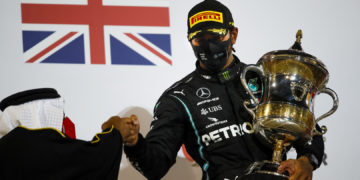 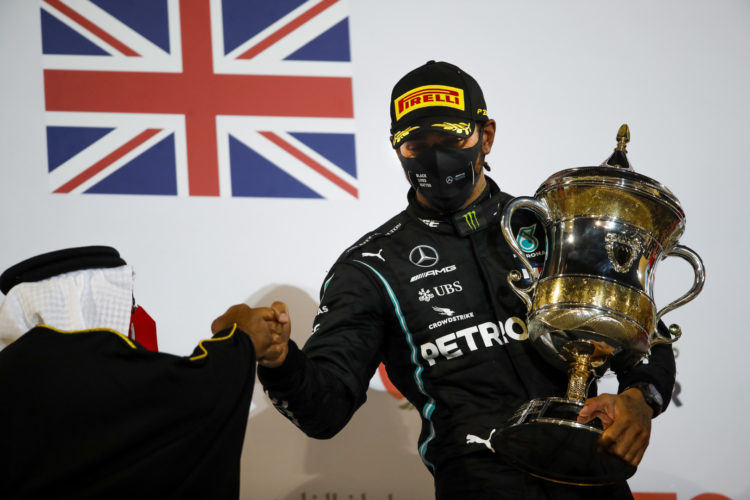 Sakhir Grand Prix – Lewis Hamilton will miss this weekend’s race in Bahrain, as he has tested positive for COVID-19.

New World Champion Lewis Hamilton will sit out this weekend’s race in Sakhir, as he has tested positive for COVID-19.

Hamilton is by far and away the highest profile name to have contracted the virus, with only two other drivers this year testing positive over the season with Racing Point’s Lance Stroll and Sergio Perez both missing races.

A short statement from Mercedes said: “The Mercedes-AMG Petronas F1 Team regrets to announce that Lewis Hamilton has tested positive for COVID-19 and will be unable to take part in this weekend’s Sakhir GP.”

“Lewis Hamilton was tested three times last week and returned a negative result each time, the last of which was on Sunday afternoon at the Bahrain International Circuit as part of the standard race weekend testing programme.”

“However, he woke up on Monday morning with mild symptoms and was informed at the same time that a contact prior to arrival in Bahrain had subsequently tested positive. Hamilton therefore took a further test and returned a positive result. This has since been confirmed by a retest.”

“Lewis is now isolating in accordance with COVID-19 protocols and public health authority guidelines in Bahrain. Apart from mild symptoms, he is otherwise fit and well, and the entire team sends him its very best wishes for a swift recovery.”

The team are yet to confirm who will replace Hamilton for Sakhir this weekend, with their official reserve being Stoffel Vandoorne – he is currently in Valencia in Spain for Formula E testing with the Mercedes FE team.

Hamilton may also end up missing the season finale in Abu Dhabi, as that takes place next weekend to conclude a triple header of races. First practice for the Abu Dhabi Grand Prix takes place in ten days time – the same time period Hamilton is required to isolate.