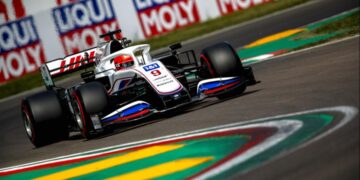 Magnussen delighted with P4 after “lucky” gravel escape in quali

Magnussen delighted with P4 after “lucky” gravel escape in quali 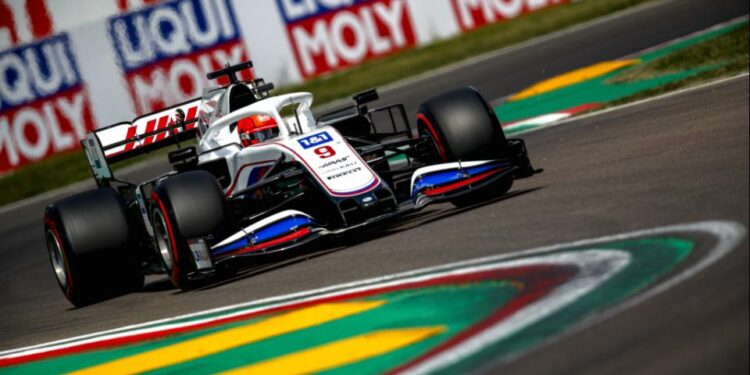 Emilia Romagna Grand Prix – Kevin Magnussen managed to escape a gravelly end to qualifying and go on to finish P4 around the wet Imola track.

Magnussen’s F1 comeback just keeps getting better, not only did he pull off a very impressive save at the start of Q3, he was able to extract his car from the gravel and then continue the session and give Haas their best qualifying position ever.

“I’m super-pleased,” an understandably delighted Magnussen said afterwards. “It’s another unbelievable result for us. The car was just great, so fast and a joy to drive – so proud of the team.”

Unfortunately for the Dane, the team’s best qualifying so far came on a Sprint weekend so the most points on offer tomorrow will be eight and, as the forecast predicts dry weather for it, the Haas driver will have a tough time holding onto his spot as the team were one of the ones who flourished in the wet conditions.

Magnussen doesn’t think it’ll be easy to stay in the top eight, to score some points in the Sprint, but hopes that as the track is tricky to overtake on, that might help him out.

“I want to start in a good position for the Sunday race. We’re in P4. In the dry, I don’t think we’re fast enough to be P4, but it’s a tricky track to overtake, so if I can get around the first lap in P4, that’s going to be super. If I lose a position or two after that, you know, we still get points and a great position for Sunday.

“Of course I always want to finish higher than fourth, but we’ve also got to be realistic and clever. I feel like I want to push, I’m so close to the top now… You can win from P4! But we’re not fast enough to do that. We’re in a different battle, we’ve got to remember what we’re trying to do and benefit from this great result today in a clever way.”

The day almost ended very differently for Magnussen however when he spun off at the start of Q3, which saw the third red flag of qualifying being flown, but some quick thinking saw him keep the engine running and the car intact.

“I ran out of talent!” Magnussen joked. “I touched the white line and then it was gone, and I thought I was going to hit the wall. I then went into the gravel and slowed down quite a lot so I realised – I saw the anti-stall, pulled the clutch while I was still backwards, and then went onto the throttle just enough to get onto that escape road. Yeah, lucky!”

Magnussen’s teammate, Mick Schumacher, will be starting the Sprint in P12 but the German believes that without a mistake he made in Q2, he would’ve been in the top ten shootout too, but he is optimistic for their chances over the rest of the weekend.

“A mistake at Turn 7 led to me losing over a second,” Schumacher explained, “so I think we would’ve been through. It’s a shame but now we have two more races to come and hopefully we’ll be able to fight our way through – the car feels great.

“Already in Melbourne we were able to fight pretty hard with the cars around us and one thing which was very positive was that we were able to keep the tyres alive for quite a while. It’s all to play for tomorrow and hopefully we have a bit of luck on our side to be able to maybe get into the points.”

This time it's Kevin Magnussen but he's managed to get his Haas going again and has made his way back to the pits! pic.twitter.com/IVrhyVn9HD