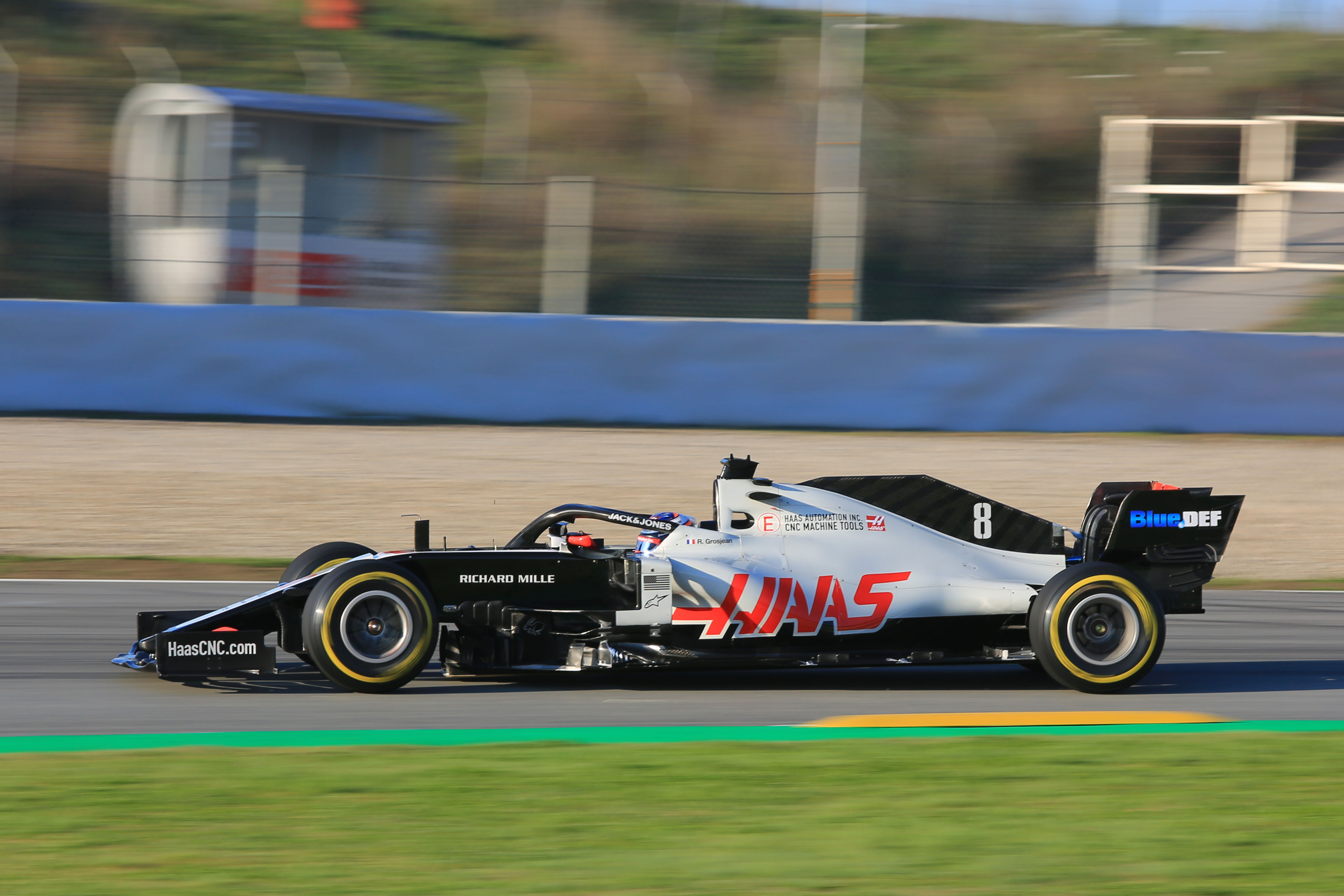 Share on FacebookShare on Twitter
Haas’ Kevin Magnussen says he was going flat out through the tricky Turn 9 in Barcelona on only his second lap in the new VF20.

Kevin Magnussen has hailed improvements made by Haas on their new VF20, after struggling with last year’s VF19. While the 2019 car could be quick over a single lap, the team struggled consistently with race pace and switched focus mid-year to running different configurations of the car in a bid to understand their woes.

Magnussen took the wheel of the new VF20 for the opening day of testing on Wednesday, and says he can already feel the improvements on an already familiar platform: “The car is just an evolution so nothing really makes any surprises. We hoped the car would feel good, which it did, so that wasn’t really a surprise. We just had a good day. We had the most laps in one day that we’ve ever had in testing so that was very good as well.”

Magnussen did a total of 106 laps over the course of the day, with a best time good enough for P14 of 15 cars.

Speaking about his increased confidence in the car as Formula 1 teams manage to find more and more downforce, he said: “[They’re] extremely fast. I was full throttle in Turn 9, the fast right hander on the second lap of the day. It wasn’t even something to build up to. It was just straight away flat which was pretty incredible. These cars are incredibly fast which is a joy to drive.”

“It’s too hard to say where everyone else is. We definitely improved. Lets see if we improved enough. Last year we didn’t see any weaknesses in the car in all of winter testing. We’ll have to wait quite a while to see how that is.”