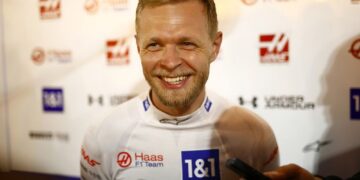 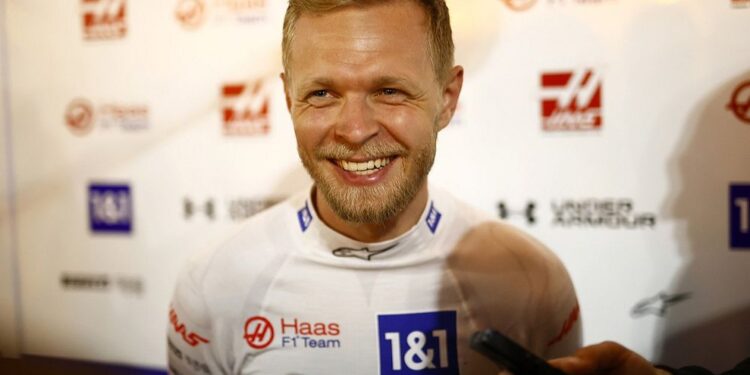 When Kevin Magnussen received the call to return to Haas full-time from Team Principal Guenther Steiner a week and a half ago, he could hardly have imagined that he would enjoy a such a successful start to his comeback.  The Dane had a productive pre-season test, proving the Haas had genuine speed by finishing fastest on the second day.

Magnussen then stunned the paddock by qualifying seventh in Bahrain, while in the race he enjoyed battles with the front runners en route to a stunning fifth place.

After the race, Magnussen said: “This craziness just continues. We had a really good race, the car was good all the way through – we had a little more degradation than we had hoped for on the first set (of tyres).

Magnussen also said he was unsure whether to race the cars around him, given he found himself battling with Red Bull and Mercedes after a strong start: “I also got passed a few people that were faster than me, so I didn’t really know whether to try and keep them behind or to kind of let them go, and I also locked up a little bit.

“That first stint maybe wasn’t perfect but then from there, even though we pitted earlier than planned, we kind of extended that second stint on the same tyre, extended it to get back on plan, then had a Safety Car at the end that put us and everyone on the same tyre and just a sprint race to the end, which was intense.

“Obviously, a bit of luck there at the end with the two Red Bulls but we will take that.”

K-Mag re-lives yesterday's action, as he matched his best-ever result at #HaasF1#BahrainGP pic.twitter.com/vx2fnTDNC7

Steiner was delighted with the team’s performance, aware of the astonishing turn around in performance for the team: “If you think about the last two years and then coming back like this, you cannot write a story like this in my opinion.

But the guys on the racetrack, for the last two years they had tough times but they kept their heads (down), learned, and the pit stops today were good, and everything was just fine”

Steiner was full of praise for both his team and Magnussen’s drive after the race: “They took the last year to get ready for a better car and the guys delivered a good car this year. It’s all down to the team. They can all be very proud. I am very proud of them.

“It’s just fantastic, I can’t say more but it’s all down to the team. Kevin did a fantastic job, for him a comeback like this he would not have dreamed of, but things happen in life – a month ago it was a completely different scenario and now all of a sudden, we are fifth.”

Magnussen’s teammate Mick Schumacher also had a strong race, finished a career best eleventh. Just missing out on points, the German recovered well after being spun round by Esteban Ocon on the first lap. Haas are now third in the Constructor’s Championship following their fifth place in Bahrain.