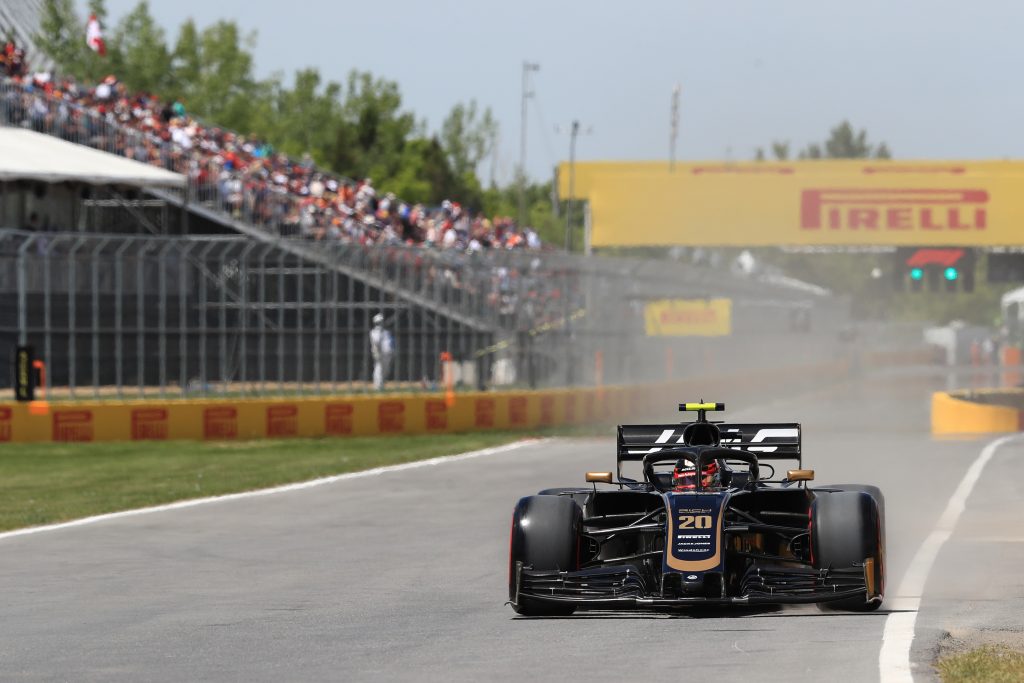 Canadian Grand Prix – Kevin Magnussen will start the race from the pit lane following his heavy crash in the second part of qualifying.

The Haas driver crashed out of the qualifying hour when he lost control of his car on the exit of the wall of champions.

He tagged the wall, and the suspension damage sent his car spinning into the pit wall on the opposite side, heavily damaging the car.

Magnussen walked away unscathed and, coincidentally, the stoppage meant that other drivers were unable to complete their lap, and he progressed into the third part of qualifying.

His tenth place start would have become ninth place after the penalty handed to Carlos Sainz, but the Dane will start the race from the pit lane after requiring a new gearbox and chassis.

“I just hit the wall – broke the rear suspension, then it shot me over to the pit wall in a big crash. We were fast, we made it to Q3, and I was improving. I was just trying to push everything, as I knew it was going to be tight,” explained Magnussen.

“I went on the power a little too early, and everything followed from there. I’m very sorry for the team. They have a big job to do now. We’ll probably start from the pit lane tomorrow, but they deserve better.”

Team-mate Romain Grosjean was one of the unlucky drivers to not be able to complete a lap due to the red flag. Speaking after qualifying, whilst he conceded that a spot in Q3 would’ve been tough, he would have preferred to start the race closer to the top ten and take advantage of the free tyre choice.

“Q1 went okay, then in Q2 I played for the full aggressive strategy – going for one-timed laps. On my first attempt I locked up at turn six, so I couldn’t finish the lap,” said Grosjean.

“My second attempt was obviously then red flagged. Maybe we should have played it a bit more conservatively, or I should have asked for it, but I was happy to go for one-time, one-time in the session. So, that’s a bit of a shame.

“I don’t know if we’d have made it into Q3, but maybe just outside the top 10. It would have been a nice position for tomorrow.”