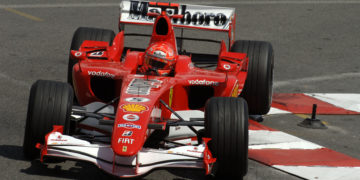 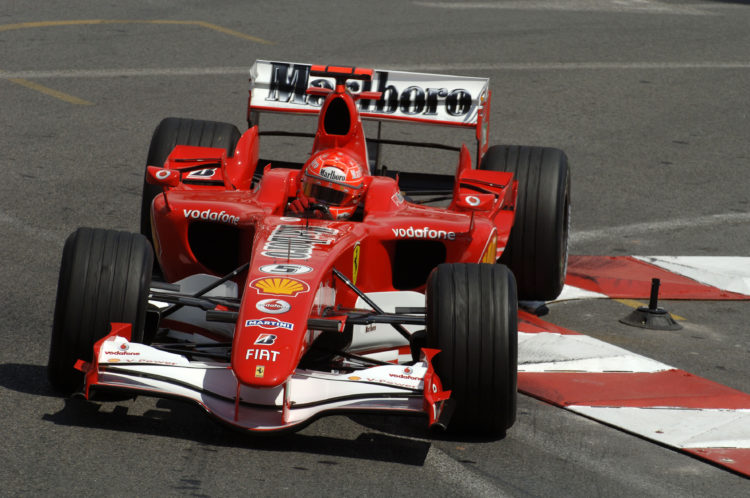 Felipe Massa says Michael Schumacher’s controversial incident at Rascasse at Monaco in 2006 was an idea triggered by Ross Brawn.

Felipe Massa has recounted one of Michael Schumacher’s most controversial moments in Formula 1, which took place during the end of qualifying at Monaco in 2006.

Schumacher was embroiled in an early championship battle with Renault’s Fernando Alonso, and had set the quickest time during the first runs in Q3. However, Schumacher would make an apparent mistake at La Rascasse right at the end of the session. His Ferrari blocked the track, and ruined the qualifying laps for those behind, including Alonso.

Immediately, there was suspicions and accusations levelled at Schumacher as the onboard footage suggested that he had opened up the steering specifically to appear like he’d made a mistake. Such behaviour wasn’t unthinkable for Michael, as he’d taken out Damon Hill to win the title at Adelaide in ’94, as well as attempting the same with Jacques Villeneuve at Jerez in ’97 – Michael losing out and being thrown out of the championship in that particular event.

The uproar continued for hours after the session, before the stewards disqualified him, saying: “The stewards can find no justifiable reason for the driver to have braked with such undue, excessive and unusual pressure at this part of the circuit, and are therefore left with no alternatives but to conclude that the driver deliberately stopped his car on the circuit in the last few minutes of qualifying, at a time at which he had thus far set the fastest lap time.”

He was forced to start from the pitlane as a result.

A more recent example of a very similar incident was at Monaco in 2014, when Nico Rosberg made an error at Mirabeau and took to the escape road – ruining Lewis Hamilton’s attempt at pole position.

In Sky’s new documentary The Race to Perfection, Felipe Massa has talked about the incident. Then teammate with Michael at Ferrari, Felipe said Schumacher had acted on the seed of an idea planted by then Technical Director Ross Brawn.

“We had a meeting with the team, we talked about qualifying.” said Massa. “We had two sets of tyres for Q3 and Michael said something like: ‘If we are faster now and then we wait for the second set …’.”

“Ross said: ‘Maybe we can provoke a yellow flag?’ At that point, I said, ‘For fun? Not seriously, for fun right? ‘ But it happened exactly that way. Michael used that funny idea in his favour.”

Brawn had intended the comment as a throwaway, hypothetical remark, and he explained that Schumacher had just taken it too far – like he had done on other occasions in his career, such as Adelaide ’94 or Jerez ’97.

”Normally it is a fact that you want pole in Monaco. But on that occasion, with the strategies we had, the tyres we had and the car we had, in reality there was no need.” said Brawn. “It was just a stupid manoeuvre. It’s one of those little flaws, those short circuits, that Michael has had two or three times in his career.”

Schumacher didn’t admit what he’d done immediately, but Massa says that he did so a year later after his first retirement from the sport, although not publicly: “I couldn’t believe he did it. Then the only thing was that he couldn’t say he’d done it right. It took him a year to tell – one year. I said: ‘How can you do that?!?’. This shows that everyone makes mistakes in life and this definitely was.”