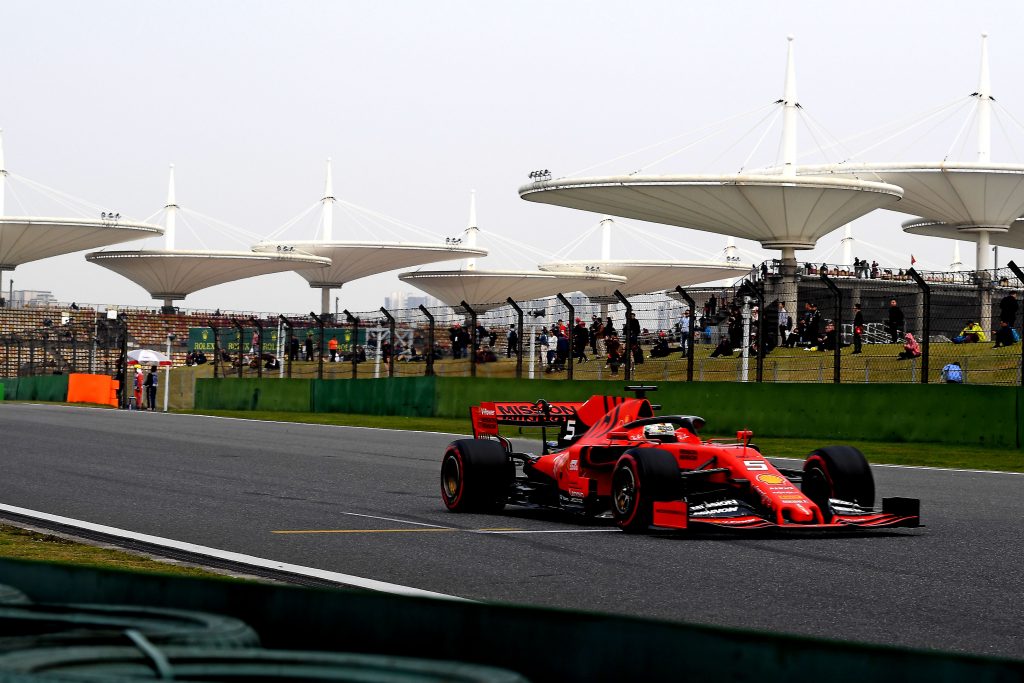 Charles Leclerc made the better start to the Chinese GP by jumping ahead of Sebastian Vettel when the lights went out, moving up to P3. However, he wasn’t able to pull away from Vettel and, initially, it looked as though he was actually holding up his experienced teammate. He was instructed to speed up, before then being told to move aside to allow Vettel to try pursuing the escaping Mercedes drivers.

Leclerc did cede position, albeit while protesting that the team were still in tyre saving mode, but it quickly became clear that it was the DRS that was keeping Vettel within range. Sebastian simply wasn’t able to pull away from Charles, and some scruffy errors meant that the two cars remained nose to tail by the time the Red Bull of Max Verstappen behind forced an undercut.

Due to the Ferraris being so close, one of them had to wait. Vettel was pitted first, with Ferrari then forced to extend Leclerc’s first stint as they knew they had lost position to Verstappen as a result. This strategy call didn’t work and, by the chequered flag, Leclerc finished P5. This was all as a result of that early race call to swap position.

“I’m sure there is an explanation behind this decision and I will understand it. Anyway, it’s the past. It has not been a great race for me, but overall the weekend has not been as strong as I wanted.”

“In qualifying it was OK, but in FP1, FP2 and FP3, and also going in the race without any mileage on high fuel runs was not ideal. Overall, today was not a good day, but we’ll come back stronger.”

Also speaking to Sky, his boss Mattia Binotto explained that he understood why Leclerc might be upset by what happened on track: “I understand the feeling of Charles. I think it is a shame for him but, at that stage of the race, the Mercedes were both slightly faster. We simply tried to give Sebastian a go to see if he could catch the pace of the Mercedes at that stage of the race.”

“It was not to give the advantage to one driver over the other. We, as a team, tried whatever we could at an important moment of the race.”

Seeming to be giving a warning to Sebastian Vettel, he suggested that the same calls might be made if the drivers were in the opposite position on another occasion: “I think if Charles is upset, he is right to be upset. I think it’s a shame for him. But maybe next time, it will be to his advantage.”