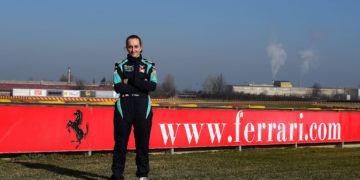 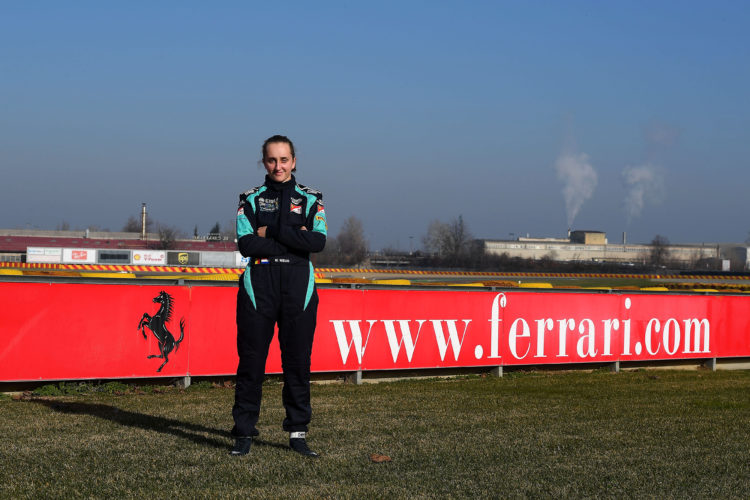 Ferrari have confirmed Maya Weug will join their Driver Academy in 2021, starting racing in an F4 championship this year.

16 year old Dutch/Belgian driver Maya Weug has been signed to the Ferrari Driver Academy for 2021.

Ferrari, together with the FIA’s Women in Motorsport Commission, embarked on an extensive scouting programme in 2020, whittling down a list of 20 initial candidates to emerge with four finalists.

The programme had to be briefly postponed in November 2020, as one of the four finalists tested positive for COVID-19. Resuming in January, the four candidates went through a week of training and evaluation at Ferrari’s base at Maranello.

All four candidates were brought onto a livestream hosted by Ferrari and the FIA, with Michele Mouton, Head of the Women in Motorsport Commission, confirming 16 year old Maya Weug had won the place on the Ferrari Driver Academy.

Weug will now formally join the programme, becoming the first Ferrari backed female racing driver. She will embark on a full training regime, and will contest a Formula 4 Championship in 2021.

“I was so nervous! I have no words…thank you every much!” beamed Weug after being told the news. “It’s been my dream for so long, since I started karting. Being with Ferrari is amazing and actually being here and winning is just unreal. I am so happy. Thank you to Ferrari and the FIA for their hard work.”

Asked about how difficult the whole scouting process has been, Weug said: “It’s been an amazing experience. I’ve learned a lot. COVID made things difficult to travel and being there on time. The other 19 girls made it so tough to be here right now, but it’s amazing. I’m lost for words.”

The other three finalists – Julia Ayoub, Antonella Bassani and Doriane Pin, aren’t going home with nothing either. Having run Weug so close for the Academy spot, Ferrari has offered the three of them a test in a 488 Challenge EVO, a car that puts out over 700 horsepower and is used in the famous Ferrari Challenge. The one-make series runs globally with championships organised on three continents, Europe, North American and Asia-Pacific, with a regional one in Great Britain.

As for the prospect of her maiden F4 season, Weug said: “My first season in F4, I’m looking to improve withe every single race. It’s a huge honour to be with the Ferrari Driver Academy, respresenting them, and I’m going to aim for a top position.”

Head of the Ferrari Driver Academy Marco Matassa was asked to compare Weug’s performance in the scouting camp to Charles Leclerc’s, with the Monegasque driver reaching F1 from the Academy, and whether she can be as successful as Leclerc: “Being a driver is within the DNA of the person, male or female. Charles Leclerc was the first FDA participant to complete the path going from juniors to F1 with Ferrari. She actually scored the overall highest ranking in one specific discipline of all our scouting camp history. Definitely, my answer is yes, she can be.”