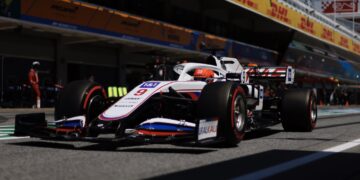 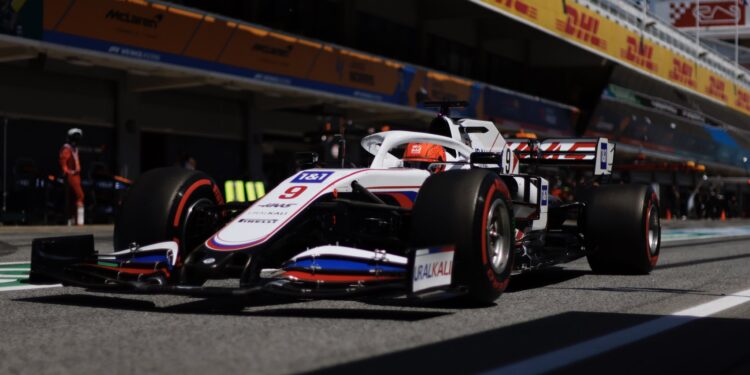 The Russian driver had qualified at the back, so the penalty makes no difference to his starting position, but he has been given a penalty point in addition to the one he received at the Portuguese Grand Prix for failing to yield to blue flags.

The 22-year-old was adjudged to have blocked Norris in Q1; the British driver was on a flying lap and encountered a slow Mazepin at the chicane in the final sector.

“During the Qualifying 1 session, Mazepin was setting up for a fast lap,” read the stewards’ ruling.

“As he approached Turns 10 and 11, Mazepin was informed that Norris was closing on a fast lap behind him and was informed of the closing gap all the way through to the incident.

“Mazepin then slowed to maintain the gap to Schumacher ahead of him with both setting up for their fast laps.”

The sequence of corners between Turns 13 and 14 create difficult decisions for the drivers having to wind up for a fast lap but also encounter drivers entering the pits. Something that Norris recognised in the stewards meeting.

“The Stewards determined that having been clearly informed of Norris’ whereabouts, Mazepin’s decision to pull out and re-pass Raikkonen and Tsunoda clearly impeded Norris, who lost significant time.

“The Stewards recognize that this sequence of corners creates a special challenge to the drivers in qualifying and that Mazepin was faced with a difficult situation. This was also pointed out by Norris in the hearing.

However, had Mazepin waited for Norris to pass, he could have pulled out and followed Norris and the Stewards determined this opportunity was available to him without significantly compromising his next lap.”

There is a ‘gentlemen’s’ agreement’ which dictates that drivers are supposed to stay in order prior to starting their fast laps. Mazepin feels that it would have been dangerous to hold his place behind Kimi Raikkonen and Yuki Tsunoda to let Norris through.

“Well, if I’m not mistaken, somebody from this call previously was asking about the drivers gentlemen’s agreement into the last corner in Bahrain. I think it was a very prime example of that not sort of working in Formula 1,” said Mazepin as quoted by Motorsport.com.

“I was really trying to keep to it, ever since I took note of it, but it is very difficult when two cars overtake you going into last corner, which is very slow and tight.

“With the length of a car, which is two and a half metres, you just cannot put a third car there, and especially if the fourth car is arriving at full speed. So, I didn’t feel like boxing up behind was an option, because that would have left my rear end on the racing line.

“The only option was to go, which I did. And yeah, unfortunately, it’s just all these things coming together.

“I’m not upset about it, because there’s really not much I could have done, apart from, you know, disappear. Which unfortunately I’m not yet able to do.”