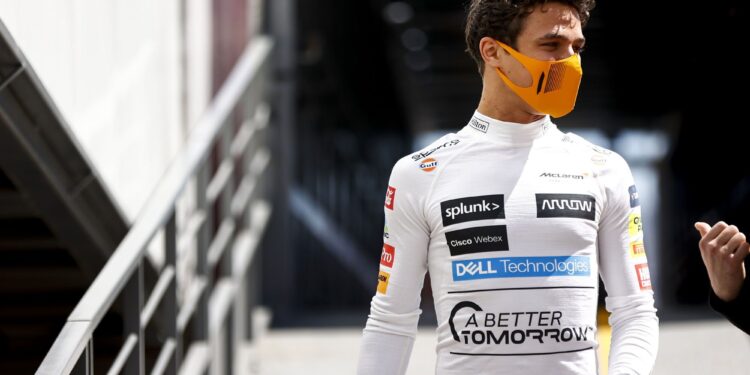 McLaren has confirmed that their driver Lando Norris was subject to a mugging during the Euro 2020 Final at Wembley Stadium.

The Briton was attending the match in London against Italy and England on Sunday evening following an appearance at the Goodwood Festival of Speed.

After the match, it appears that Norris was involved in an incident which resulted in him having his watch stolen. The matter has been referred to the police.

“McLaren Racing can confirm that Lando Norris was involved in an incident, after the Euro 2020 final match at Wembley, during which the watch he was wearing was taken” said a statement released by McLaren.

“Thankfully, Lando was unharmed but he is understandably shaken. The team is supporting Lando and we are sure that racing fans will join us in wishing him all the best for the British Grand Prix this weekend.

“As this is now a police matter we cannot comment further.”

Norris will be racing on home turf this weekend for the British Grand Prix which will host the first ever sprint qualifying race.