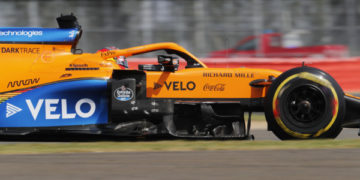 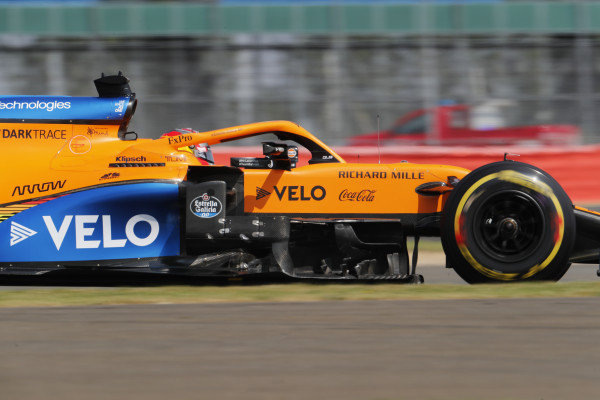 McLaren have given Carlos Sainz a new chassis for his home race in Spain this weekend, in a bid to cure some of the cooling issues he experienced last weekend at Silverstone.

Sainz was left frustrated in Britain, having had to run with a compromised aerodynamic setup in order to try to prevent overheating on his MCL35.

Ahead of this weekend’s Spanish Grand Prix, McLaren Team Principal Andreas Seidl says the team have “changed several components” including the chassis as they search for answers.

It makes Sainz the second driver this weekend to take a new chassis, after Ferrari replaced Sebastian Vettel’s after finding a ‘small fault’.

“We did different changes to the build of the car simply to try to understand or exclude the temperature difference that we had in Silverstone,” said Seidl. “So we changed several components, including the monocoque because the radiator ducts are connected to it.

“We need to see in free practice if we got to the bottom of the issue we had. It’s also important to understand that in terms of pure performance it doesn’t really make a big difference.

“With the car in Silverstone running two or three degrees hotter than the other car [of Lando Norris], it triggered exactly the threshold where we had to open up the bodywork on Carlos’s car, which then was a downside on drag, on top speed and then also a deficit in lap time and we need to make sure that we get to the bottom of it.”

Seidl said the team had planned to swap the chassis for the next race in Belgium, but opted to bring it forward given their Silverstone struggles.

“What we normally have is a rotation of monocoques during the year as a standard to simply distribute the mileage and small little repairs and it was planned to do anyway for next weekend in Spa, but with the temperature differences we had at Silverstone we pulled this change forward by one race,” added Seidl.

“The radiator inlets, the sidepod inlet, is part of the monocoque which could be one reason of many for the temperature difference. In the end we tried to exclude as many items as possible in order to get to the bottom of it.”