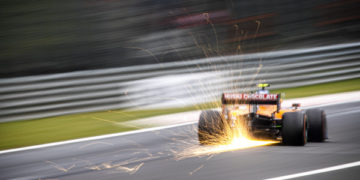 McLaren: P8 & P9 more realistic of where we are

McLaren: P8 & P9 more realistic of where we are 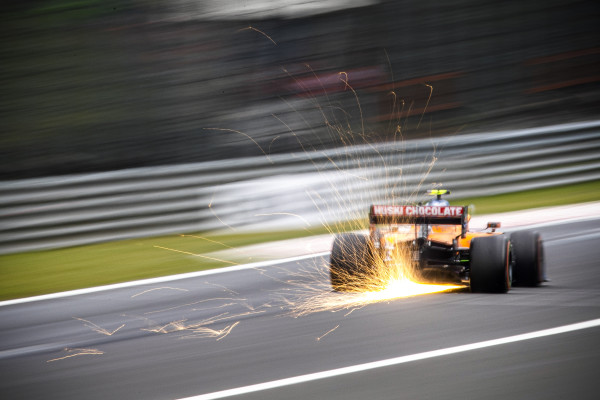 Hungarian Grand Prix – McLaren’s Lando Norris and Carlos Sainz say their grid slots in Hungary are a better reflection of where their car’s performance really is.

Both drivers had been struggling with their setups in Friday practice, but managed to get into the top ten during qualifying. Lando Norris – who got as high as 5th in the first rounds of qualifying, was disappointed with a few mistakes on his final lap.

“I’m pretty happy with today,” said Norris. “I don’t think the team could’ve done a much better job. I might have done a better job if I’d completely nailed the lap, as I made a couple of mistakes and maybe could’ve been a position higher.

“I’m a little bit disappointed by that, but, as a team and with the car, we’ve had challenges this weekend so I’m pretty happy we’ve come out of quali with P8 and P9. I don’t think there was a lot more to extract.

“We’re in a more realistic position of where we think the car performance is this weekend and we’ve got some work to do to improve, but today was the best we could do.”

Teammate Carlos Sainz praised the setup changes that allowed him to get into 9th on the grid – the Spaniard hoping to bag some points on Sunday.

“Today the car was feeling better after the changes in set-up,” said Sainz after qualifying. “Yesterday we struggled too much with balance and tyre temperatures, but today we sorted some of our major issues and managed to put both cars in the top 10.

“I still had trouble predicting the car’s behaviour, especially in the last sector, so we still had margin to improve.

“Strategy and tyre management are going to be important tomorrow, starting from P9 on the used set of Softs, but we’ll fight to score good points again here in Hungary.”

McLaren Team Principal Andreas Seidl is expecting an unpredictable race on Sunday as rain is forecast. The German is fully expecting the team to capitalise on any opportunities that may arise.

“With the weather forecast looking similar tomorrow to the last two days, we know anything can happen in the race,” said Seidl. “We expect a challenging race tomorrow starting from these positions.

“As always, we look both towards the front and how we can push forward, and also behind us, where a number of quick cars will have a free tyre choice.

“Managing this risk and reward will be the key to a good performance tomorrow. We’ll be focusing hard on taking any opportunities that present themselves whether that’s caused by the weather or by strategic opportunities – as we know that overtaking can be difficult here.

“We now put our heads down, get ready for the race and prepare to fight for good points tomorrow.”