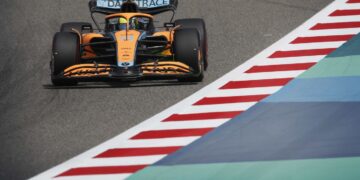 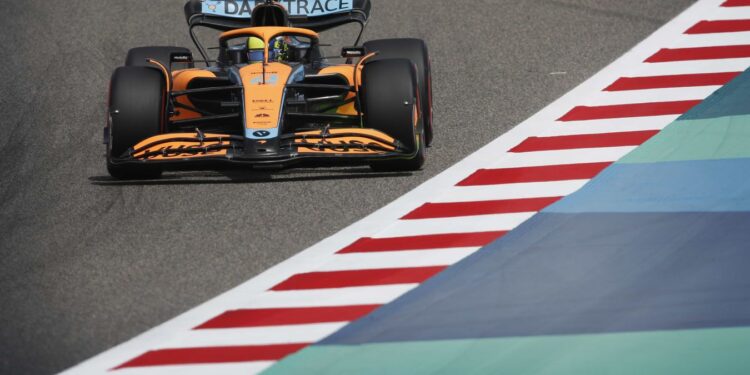 Mclaren left the Barcelona shakedown as one of the standout performers of the test, racking up an impressive 365 laps, second only to Ferrari. The team arrived in Bahrain widley expected by the paddock to continue their strong start to testing ahead of the season opener.

It became apparent that all was not well for the Woking marque from the outset in Bahrain, with Lando Norris locking his brakes from his first laps out of the pits on Thursday. The team spent the majority of the first two days of the test working on the brakes, severely restricting Mclaren’s ability to gather long run data. Norris struggled throughout Friday to do more than ten consecutive laps before returning to the pits.

Norris commented on the issues on Thursday, the team aware that the problem would not be quick to resolve: “There’s things we’re trying to fix for the next few days, it’s not going to be an easy fix,” he said. “We’ll see what we can do. Everyone’s working hard to come up with something.”

Mclaren are now behind with their testing programme, with only one day of track time left before the season opener next weekend. Team Principal Andreas Seidl confirmed the issues in the Friday lunchtime press conference, hopeful that new parts due to be flown in would alleviate the problems:

“After the good test we had in Barcelona, this first one-and-a-half days here definitely did not go to plan,” he said.  “We have unexpectedly an issue with the front axle with the brake, which we have to solve. So [it’s] a race against time at the moment in order to get upgraded parts.

“We will make steps with modifications that we could do here in the track, which still allow us to work on the car, working on the understanding of the car as well. We could run some small upgrades on the car as well, in order to extract more performance from the package” Seidl concluded.

The Friday afternoon session initially did not improve for Mclaren, with Lando Norris stopping on track with just over an hour to go before resuming short runs after only a few minutes in the garage. Norris managed a total of 60 laps on Friday, just over a full race distance.

Despite the problems, indicators are performance could still be in the Mclaren.  Norris when on a short C3 tyre run was only three tenths of a second away from Mercedes and Red Bull, showing the pace from Barcelona could still extracted from the car.

The Papaya squad have also run the opening two days without Daniel Ricciardo due to illness. Having tested negative for COVID, the Australian remains under observation. Seidl confirmed that Ricciardo’s condition is improving, targeting a return for the final day of testing: “It is good to see that his condition is improving significantly and he is feeling better,” he said. “So I am quite optimistic that we see him back in the car tomorrow.”