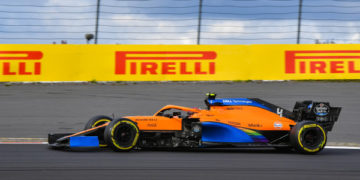 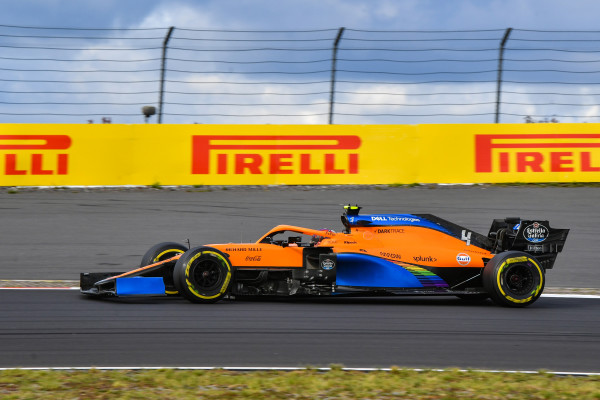 Portuguese Grand Prix – McLaren’s latest updates will be used once again at Portimao this weekend, as the team aim to understand them better.

After a lukewarm reception from their drivers at the Nurburgring, McLaren will use their latest aero updates at Portimao this weekend once again.

Carlos Sainz may have finished P5 in Germany, but wasn’t happy with the handling of the car with the updated front end on the MCL35.

“Last time out in Germany wasn’t our best weekend despite scoring a good result in P5.” Sainz said. “We’ve been working hard these past days with all the data gathered in the race and hopefully we can address the issues we faced coming into Portugal.”

Team Principal Andreas Seidl explained that there will be some comparison work over the Portuguese race weekend, with the latest updates being trialled against a known setup.

“As we prepare to head to Portugal, our focus since Germany has been on analysing and understanding the data we gathered at the Nürburgring so that we come to the right conclusions and find the best way to progress.” explained Seidl. “Based on that analysis we will continue to use our new nose box aero concept combined with a known competitive car configuration. We will continue to bring more new upgrades to the car to test on Friday and also further explore and quantify our new aero concept.”

As teams are required to use the same cars in 2021, the scope for updates is quite small this year – particularly as the FIA has introduced a homologation deadline for parts. The nose and front impact structures were homologated in mid-October, with any changes after that requiring the use of two ‘tokens’ to update it. Teams will be allowed to spend three tokens for 2021. However, updates prior to the deadline date don’t require a token spend, explaining why McLaren are keen to get this change of front end concept to work as quickly as possible and introduced it at the Nurburgring.

Seidl went on to say that F1’s return to Portugal for the first time since 1996, and the first Grand Prix at Portimao, is a welcome addition in what has been a tumultuous year.

“It’s great to be heading to Portugal and to a new track this season especially with the circumstances that this year has brought.” said Seidl.” This will be the first time that Formula 1 has raced at the Portimão circuit with it only being used for winter testing during the 2008 – 2009 season. Similar to Mugello, the Portimão circuit is an unknown with limited historic data on the track, so we’re trying to understand how current F1 cars will perform through simulation. I’m sure it will be a good test for all teams and drivers to fully understand the track and best prepare for qualifying and the race.”