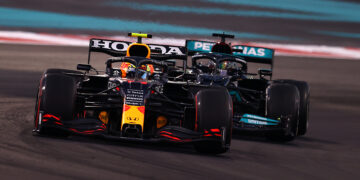 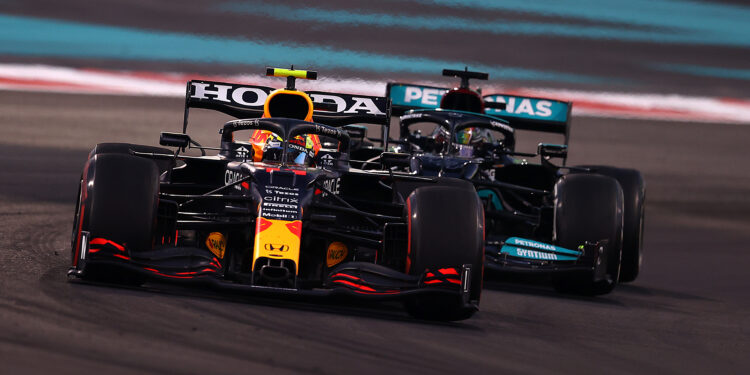 Red Bull and Mercedes are pushing for a $5m additional budget to cover the costs of sprint qualifying, it has been reported.

Italian site Corriere dello Sport has said that the two F1 titans are pledging for the extra cash boost to over any potential car damage caused by the new sprint qualifying format.

F1 introduced a $145m cost cap in 2021 which also coincided with the introduction of Sprint Qualifying in Silverstone, Monza and the Brazilian Grand Prix.

The cost cap will reduce by $5m in 2022 to $140m, and, according the Italian press, this has caused the top teams to push for additional funds to cover cost damage with other teams opposed to raising the sprint allowance.

Ferrari have reportedly stated that they will accept an allowance offer of less than $5m, but have said more sprint races will need more compensation for teams.

McLaren CEO Zak Brown is against increasing the cost cap limit for sprint race admitting that there is “very little damage” received in Sprint Qualifying.

“When this was proposed to us a year ago, they did a report on the damage that was incurred on the opening laps,” said Brown. “It was also in the report that showed there was very little damage”.

Motorsport.com has reported that the teams have been offered  $500,000 additional funds for sprint race damage, far below the the $5m reportedly being demanded by Mercedes and Red Bull.

The costs of potential damage caused by a sprint race were an issue raised in 2021 when the sprint races were first announced. An agreement between the teams and the FIA was reached then, as Autosport reported, with the teams given an allowance of $480,000 to subtract from the cost cap specifically to cover sprint race damage. The reported offer of $500,000 given to the teams in 2022 is in line with 2021’s agreement.

The challenge now facing the teams is that the need for an agreement on the cost cap for sprint races could prevent sprint races from happening at all in 2022.

Speaking to the political situation, Brown wants the changes ratified as soon as possible.

“I’d like us not to run into a situation where we’re voting for 2022, where we have to get back to eight votes, because we passed a milestone date”, said the McLaren boss.

“I think we should go ahead and lock in now 2023, with no budget cap raise at all, if you want to be hard about it.”

“Then maybe either there can be a compromise made and we can raise it a little bit so we can go ahead and start with 2022, or we skip 2022.

“And then I think a couple of these teams should have to explain to the fans why there’s no sprint races” Brown concluded.”