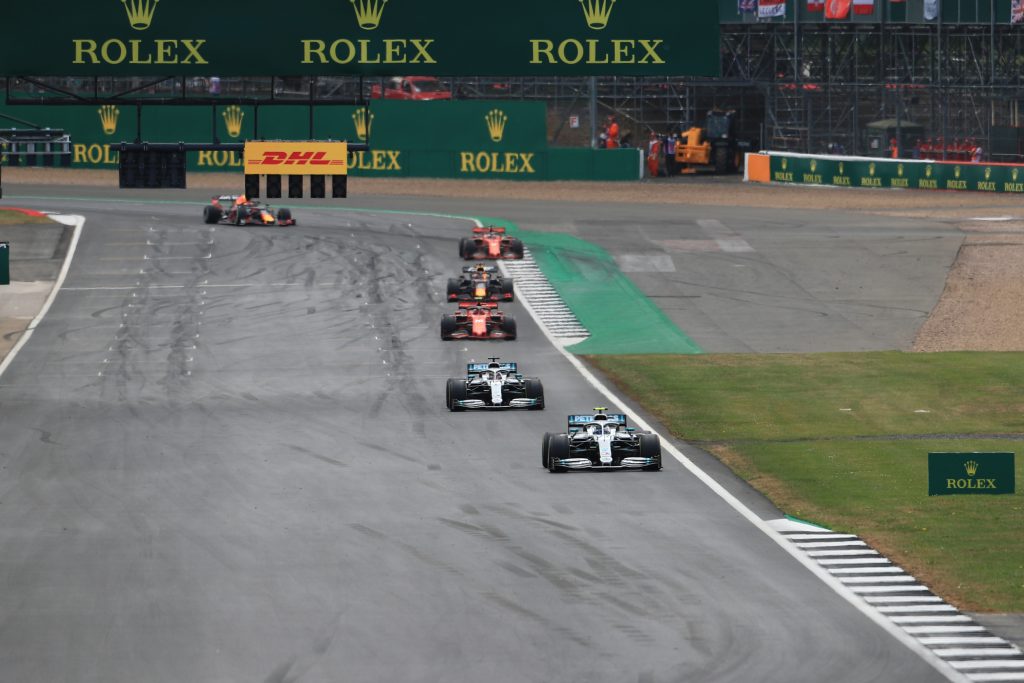 The two Mercedes drivers claimed a 1-2 finish at their home race at Silverstone in the F1 British Grand Prix last weekend. It was Lewis Hamilton who came out on top after employing a one stop strategy that saw him run from his pitstop on Lap 20 until the chequered flag on a set of Hard tyres. Valtteri Bottas, who had claimed pole position and led in the early stages, used a two stop strategy but had his chances ruined by a Safety Car that allowed Hamilton to pit without losing much time, and gain track position over his teammate.

“Going into the race, we very much had a two stop strategy at the very front of our plan.” explained Mercedes’ Strategy Director James Vowles in the team’s Pure Pitwall debrief. “So did Ferrari and Red Bull. A one stop was there, we knew it existed, we knew it was possible but that there was risks from doing it and it wasn’t the primary strategy as a result. It was a little bit slower in terms of race time but, obviously, with a two stop strategy you’d have to fight through traffic.”

“In terms of where we were, it also meant running the Hard tyre for a long time – a tyre that we hadn’t touched in practice. By Lap 16, both Red Bulls had stopped and one of the Ferraris had and all, apart from Pierre Gasly, had gone for the Mediums. ”

“With Valtteri in the two stop window and his laptimes stabilised, dropping a little bit, the decision for him was to go for the fastest strategy. Two stops, meaning Medium, Medium, Hard, like our main competitors. We believed this was the fastest strategy. We’d highlighted in the morning that, on one of the Mercedes cars, we’d use the Hard tyre with the opportunity of doing a one stop race should any circumstances arise.”

Like Bahrain 2014, you then create an opportunity for the two cars to race each other. So Lewis would have come out behind Valtteri on the Hard tyre, and it would have been very exciting after that!”

As for why Mercedes didn’t opt to bring in Bottas during the Safety Car to swap him to the Hard tyre to get him to the flag rather than forcing him to pit again later, Vowles said: “We didn’t stop Valtteri under Safety Car because he was behind Vettel on track. Both cars would have come in, both fitted Hard, and that would have cemented Valtteri’s position until the end of the race. Given that the Mediums were only four laps old at the Safety Car, putting him on a two stop strategy gave him the best chance of getting back into P2.”