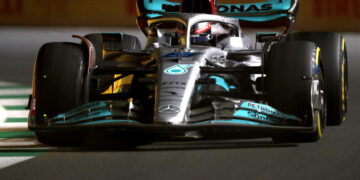 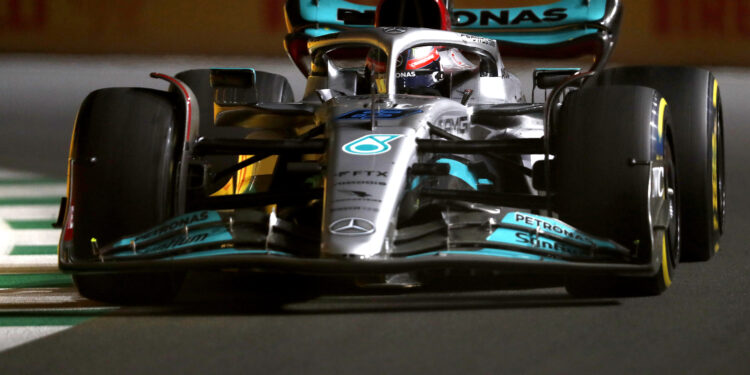 Mercedes Chief Trackside Engineer has revealed via a race debrief Youtube video that the team is aware of the mountain it has to climb in 2022, as it looks to return to the front of the grid. The Silver Arrows have won every Constructors championship since 2014, however Max Verstappen ended the team’s similar dominance of the driver’s championship in 2021, beating Lewis Hamilton to the crown.

The start to the 2022 campaign has proved challenging for Mercedes, with the W13 not on the pace of frontrunners Red Bull and Ferrari at either Bahrain or Saudi Arabia. The car also continues to suffer from porpoising.

Shovlin has said the team is “under no illusions” of the work it needs to do to catch Red Bull and Ferrari, but believes the gap to the midfield can provide the Brackley based marque with “breathing space” as it seeks improvements to the W13:  “We’re under no illusions what that performance gap is, and in Jeddah, it was ultimately a bit bigger than in Bahrain,” said Shovlin. “We’ve got quite a lot to find both in qualifying and on long run if we want to challenge the Ferrari and the Red Bull cars. However, behind us it looks like we have a bit of margin to that midfield.

“We need to do a good job to be ahead of them, but we have a bit of margin and that buys us a bit of breathing space to allow us to experiment on the weekends, to try and bring solutions to lift the level of performance of the car. Everyone is working very hard to try and understand the issue and bring solutions and we are going to be doing that in a phased way over the next few races”

The performance gap to the frontrunners was evident in qualifying for Saudi Arabia, with George Russell only able to qualify sixth, behind Ocon’s Alpine. Teammate Hamilton endured a nightmare session, knocked out in Q1 for the first time since the 2017 Brazilian Grand Prix. Hamilton would finish tenth in the race.

It's P6 and P16 on the night for the team. There's still a long race ahead of us tomorrow and you know we'll be giving it everything. pic.twitter.com/jhY8NMsXQV

Explaining the seven-time World Champion’s struggles in Jeddah, Shovlin said that this was due to going “too far” when exploring set up options, due to not fully understanding the W13:

“There’s a few reasons but fundamentally, we don’t really understand the car yet as well as we do at the end of the year; we’ve only had two races with it,” said Shovlin.

“So, we are always exploring the set-up with Lewis, trying to find a direction that delivers performance and we’d found a good direction from Friday into Saturday that he was able to try in the third practice session.

“We went quite a bit further on that into the qualifying session, but ultimately it was a bit too far.

“Fundamentally, though, the problem right now is the car is not fast enough, and unless we get it perfect, we are going to be at risk in those sessions. So, we need to make a quicker car as soon as possible.”