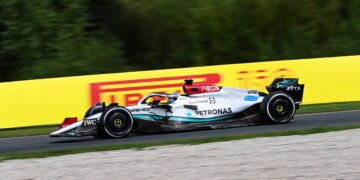 Mercedes on top in FP1 as Verstappen stops on track

Mercedes on top in FP1 as Verstappen stops on track 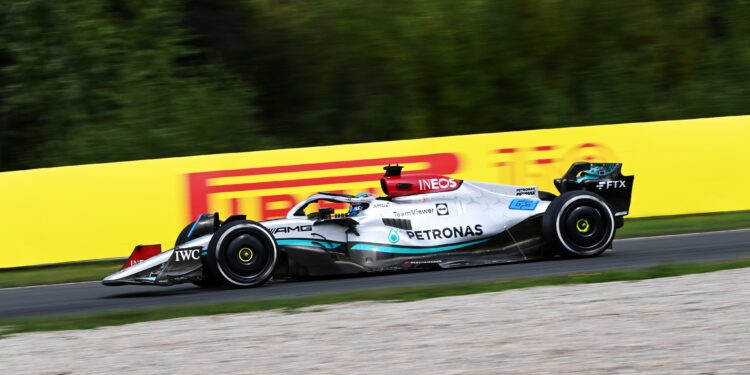 The weekend didn’t start out as Verstappen or his army of Orange-clad fans hoped with the home hero stopping on track after 10 minutes with drive issues. After both McLaren and Ferrari having held the top spot at different times, it was however Mercedes who took the glory first on Friday.

The track didn’t remain silent long after the light went green for the opening session of the weekend, Lance Stroll was at the head of the pack and therefore the first to put a time on the board with a 1:17.820 on the hard tyres, which were the first choice for all but Fernando Alonso who was on mediums.

Ten minutes into the session and Max Verstappen was top having posted a 1:14.714 but no sooner had he done that but he ground to a halt out on track reporting something wrong with the gearbox. The Virtual Safety Car was initially brought out before the Red Flag replaced it to allow the slightly smoking Red Bull to be cleared.

The practice got back underway with 40 minutes on the clock with Valtteri Bottas’ Alfa Romeo the first to head back out. Verstappen’s time was soon demoted as the soft tyres were strapped on with Alonso taking over a second off the Dutch driver’s time with a 1:13.635 before Lando Norris broke into the 1:12s with a 1:12.929.

By the halfway point of the session it was Ferrari on top, with the two McLaren’s close behind, as Carlos Sainz had just pipped Norris with a 1:12.845 while Zhou Guanyu was the only driver without a time having remained in the pits after the red flag while the team did some work on the car, the Chinese racer did rejoin the action a few minutes into the second half.

Just inside the final fifteen minutes George Russell put in a 1:12.455 to take Mercedes to the P1 spot and he was soon joined by Lewis Hamilton after the seven-time champion also demoted Sainz but was 0.240 seconds off his teammate’s pace. There were a few drivers a bit frustrated with Hamilton during the session with the Brit getting in people’s way as he tried to find space on the narrow track.

The Mercedes times weren’t beaten in the remaining time so they finished 1-2 ahead of Sainz. Norris and Daniel Ricciardo ended in P4 and P5, Norris having a moment with Sebastian Vettel just before the chequered flag came out as the two went side-by-side and the McLaren driver calling the German “silly”.

Charles Leclerc was P6 with a 1:13.127 while Sergio Perez was the highest placed Red Bull in P7. Alonso was P8 for Alpine just ahead of his teammate Esteban Ocon who had set a 1:13.963. The two drivers behind him – Alex Albon and Mick Schumacher – posting times a tenth apart, Ocon being 1.508 seconds off Russell’s best with Albon 1.608 and Schumacher 1.708.