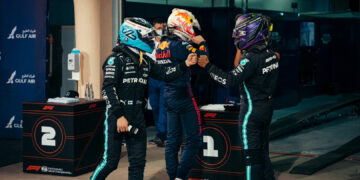 Mercedes surprised at not being further behind Red Bull

Mercedes surprised at not being further behind Red Bull 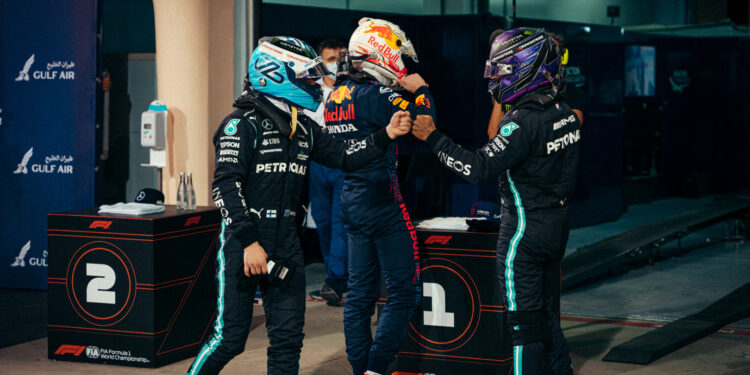 Bahrain Grand Prix – Mercedes will start second and third as neither Hamilton or Bottas could match Verstappen’s one-lap pace.

For the first time since 2013, a car other than a Mercedes will be starting a season-opening Formula 1 race from pole position. Second placed Lewis Hamilton appeared enthused by the prospect of more competition this year but while the reigning champion said he got his best from the car today, he believes there’s still more to be found.

“Congratulations to Max,” said Hamilton. “He did such a great job, so fast on that last lap. Absolutely gave everything I had, unfortunately it wasn’t good enough. There’s always more [pace] but it was the best that I could do, that’s for sure. I got absolutely everything I could from the car.

“We did a really good job from testing to come here. The lads back at the factory, they’ve really done such an amazing job, and our aerodynamicist, Kim, she’s been giving such great information for us to be able to improve and get the car where it needed it to be closer to the Red Bulls. To be that close considering, I think in testing we thought we were further behind. P2 puts us in a position to cause Red Bull trouble tomorrow.”

Valtteri Bottas meanwhile has had a more difficult build up but, despite being plagued by balance issues and having to use more tyres than his rivals, was still in a cheerful enough mood to offer Coulthard birthday wishes and offer to sing Happy Birthday.

“The practice this morning wasn’t easy,” said Bottas. “I had a lot of issues with the balance of the car and didn’t really feel that comfortable. I was hoping maybe the evening session is going to be better, it was a bit better, but Q1 we went out for the second run with the soft tyres which meant we wasted a tyre set. So in Q3 I only had one set of new tyres, it was tricky to compete against Max and Lewis with one set.

“Obviously not where we wanted to be but, starting third, from there anything is possible and obviously the aim is only for tomorrow. At least we are closer to Red Bull than we were in testing.”

Heading into the Grand Prix, Bottas wasn’t giving anything away strategy-wise, but is looking forward to a good race and believes that if the two Mercedes work together they can take the fight to Verstappen.

“It seems like us and Max is starting on the medium tyre, so I think strategy-wise there’s nothing huge, I think that maybe we have more hard tyres for the race. I can’t reveal much more. Starting from third at this track isn’t bad so I’m looking forward to it. Red Bull seem to have more stability, particularly in the wind. We have two cars in the mix at the front against Max so I’m sure we can cooperate and do something different.”