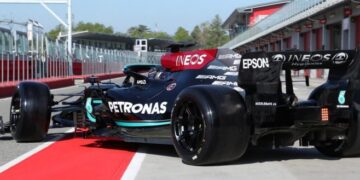 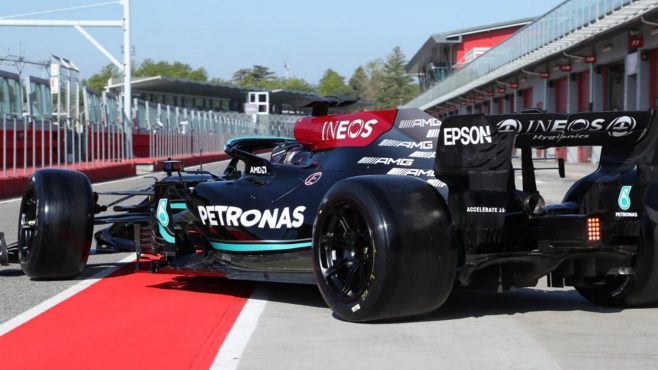 Mercedes has confirmed that they will miss their scheduled 18 inch tyre test at Paul Ricard next week.

The World Champions were due to test the 18 inch tyres being developed by Pirelli for next season in the 2019 mule car. However, Mercedes will no longer run at Paul Ricard, due to be a wet weather test, because of concerns with the budget cap.

Team Principal Toto Wolff explained: “Yes, that’s right. We are trying to make the budget cap which is not trivial.

“And we couldn’t take the costs related to the tyre test and we wouldn’t have been able to send our mechanics on such a long journey.”

Formula 1 has introduced a budget cap for the 2021 season which will see the teams limited to a spend budget of $145 million per season. The Brackley-based squad would be required to send extra staff to France and that is something that the team confirmed that they couldn’t do.

“So the wet weather mileage would have taken us over the 5000 kilometres that is excluded from budget cap costs as part of the power unit supply perimeter,” said a Mercedes spokesperson, as quoted by RacingNews365.com

“It would potentially, remember also, using a separate crew in order to run that test would have led to all of those people becoming included people rather than excluded people in the budget cap.

“We don’t have the budget cap the headroom and the leeway to carry those costs.”

Because of Valtteri Bottas’s accident with Williams’ George Russell at the Emilia Romagna Grand Prix, the team had to spend money to make repairs, and are unable to afford the test. Ferrari has therefore confirmed that they will take Mercedes’ place instead, and according to Mattia Binotto, this is vital for the Scuderia’s preparations for next season.

“At Ferrari, we always said that 2022 summer is our priority over 2021 and testing Pirelli tyres is helping Pirelli developing the new tyres,” said Ferrari team boss Mattia Binotto.

“We believe it’s important for us, lucky enough we didn’t have a crash in Imola. So eventually we have some more contingency to Mercedes today. And so somehow we are happy to accept and support.”