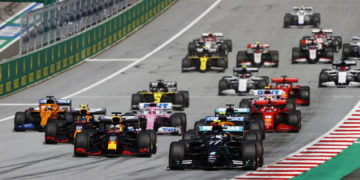 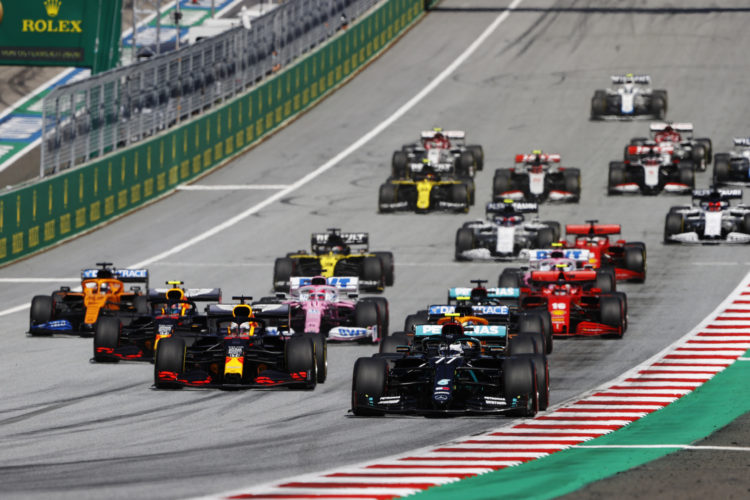 Even though both cars finished the race, Mercedes’ James Vowles explained that some electrical issues in the gearbox were being made worse by Austria’s kerbs and that work is going on at Brackley to try fixing this weakness. “These issues were actually first seen in free practice one and free practice two.” said Vowles.

“The problems weren’t an unknown going into the race. What we didn’t know was how well we were able to get on top of the issues before we really used the car in anger. The reality behind it is that the Austrian circuit is very, very aggressive, especially with the kerbs. It puts a lot of load into the suspension members and into the car. You have to use the kerbs in order to get the lap time out of it, but those kerbs are also generating a lot of vibrations in the car and a lot of load in the car.”

“The issue itself in the gearbox is electrical by nature and the reality behind it is we now have a few days to get on top of this issue. We know that if we don’t get on top of these issues it will be a problem again in just a few days’ time. And the reality behind it is that it is a problem that could have cost one or both cars the opportunity to finish the race on Sunday. Equally, it’s a complex problem. If it was something straightforward, we would have done our best to fix it last week and clearly we didn’t. All we know right now is there are electrical elements of the gearboxes that are suffering, and we need to do more in order to get them through a Grand Prix.”

As a result of this, Mercedes’ team boss Toto Wolff says that new components will be run this weekend which are aimed at improving the situation.

“The result of the first race looks good on paper, but the reality is that we were fortunate to finish the race.” said Wolff. “Reliability caused us real concern and it is something we are working on as our highest priority. In a shorter season with a yet to be determined number of races, every point counts, so we need to improve quickly on that front.”

Our main problems were with the electrical components of the gearbox, caused by the aggressive kerbs in Spielberg. We first noticed the issue on Friday and immediately started working on mitigations for the next races, both at the factory and at the track. We will run new components this weekend to improve the situation.”