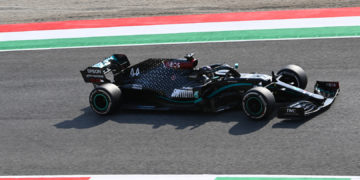 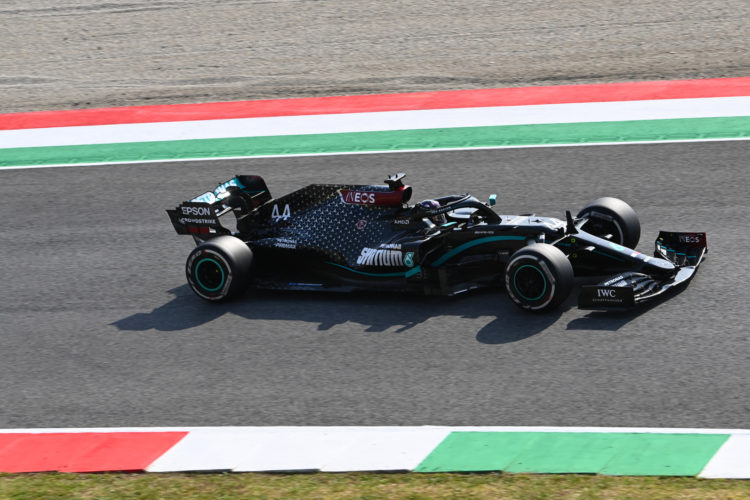 
Bottas was the only driver to get into the 1:16s today, setting a 1:16.989 during this afternoon’s FP2 session at the Mugello circuit. “It’s been a lot of fun today and I’ve enjoyed every single lap,” the Finn said. “The whole opening section with the high-speed chicanes and the second sector is just amazing and the car felt pretty good out there.”

Bottas said his Mercedes was suffering with understeer all day though the problem has mostly been sorted for FP2, and feels that there is still time to be found on the unforgiving track. “I struggled with quite a lot of understeer in the first session and still in places in the second session, but it felt better.

“I think there’s still quite a bit of lap time to unlock, both in the car and also as a driver. This track is definitely one of the most physically demanding. We’ll only properly get to see the effects of that in the race distance, but even today, I could feel it and it’s going to be tough for everyone on Sunday. It’s also quite unforgiving, with little margin for error and that’s how it should be.”

Championship leader, Lewis Hamilton, couldn’t match his teammates pace today trailing by half a second in the morning but cutting the gap to two tenths in the afternoon. The Brit says he has some studying to do this evening to be on the pace for qualifying tomorrow.

I’ve been trying to push it to the limit today, but I think there are a few sections where I can improve. “I’ve got the last sector pretty sorted,” Hamilton commented. “But there’s definitely more to come in the first and second sectors as Valtteri and Max were very quick through there. So, we’ve got some changes that need to be made and studying to do tonight. Hopefully we’ll improve it for tomorrow.”

Despite that Hamilton was very enthusiastic about the Mugello circuit “I have to say, this track is pretty intense – so fast and challenging, it’s amazing to experience. I love it! There’s no time to play around here and it’s one of the most physically demanding that I’ve driven for a while.”