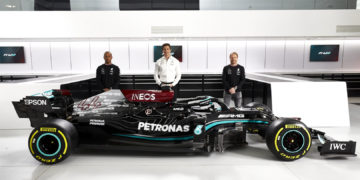 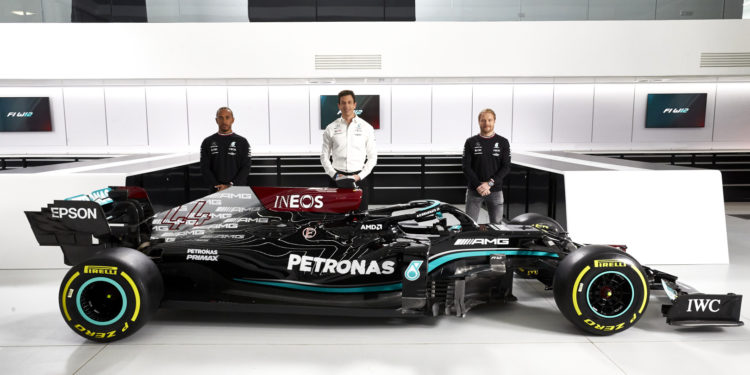 With both of his drivers on single year contracts at Mercedes, Toto Wolff says there won’t be discussions with other drivers before talking with both.

Both Lewis Hamilton and Valtteri Bottas go into the 2021 season without confirmed seats for 2022. While Bottas had his contract extended during the 2020 season, it wasn’t until January 2021 that Hamilton had his contract confirmed – extraordinarily late by F1 standards.

Speaking at the team’s launch event on Tuesday, Wolff said that the intention for this year is to open talks with both drivers far earlier in the year to avoid the same situation arising again: “We have agreed that we want to pick up the discussions much earlier this year, to avoid a situation like we had in 2020 – run out of time and be in the uncomfortable position that there is no time left before the beginning of the season… And that is also why we only did a 1 year contract in order to allow us to discuss the future in racing and outside of racing longer and with the right amount of time.”

Speaking about his relationship with Lewis Hamilton, Wolff was asked about the possibility of Max Verstappen being at the top of Merc’s shopping list if the reigning Champion decided against continuing racing into the new regulation cycle next year.

“The symbiosis that we have in the relationship is always that we have a mutual understanding of what we want to do in the future, and that will also be the case in the discussions with Lewis going forward.” explained Wolff. “And Max is certainly an outstanding young driver that will be on everybody’s radar in the future, but (as I said before) we are not flirting outside before we have a clear understanding with our 2 drivers.”

With both drivers on one year deals, Wolff acknowledged the possibility, however slim, that he could be left with the prospect of having to find two drivers for 2022. Jokingly, the Merc team boss said “Well it’s never both because I can always jump in and drive the car, it’s just one cockpit that remains free!”

“As a matter of fact, I think if Lewis continues to race we will want to do this together and we will discuss that shortly, and with Valtteri we know exactly what we have and we appreciate this. At the same time, the landscape changes with new cars, with new regulations and we have got to take the right decision for the team going forward. But that also means that we will have the discussions with our 2 drivers first, and then we will see where that goes.”

Asked to expand on what he meant by the team ‘knowing what they have’ with Valtteri Bottas, Wolff said that the Finn holds his own future in his hands as Williams’ racer George Russell lurks in the background as a threat to his seat.

“What I have didn’t mean that he hasn’t got what it takes to have a run at the world championship, I think we have seen fantastic performances over the last few years, just not the stability throughout the season and Valtteri is always going to have unconditional support from the team (and that’s not going to change in 2021 either) in order to perform as good as he can and he knows that it is within his own hands to influence the future. And as for George, we also know what we have in George and the future is bright for George in any case and it depends how the driver situation within Mercedes pans out.”