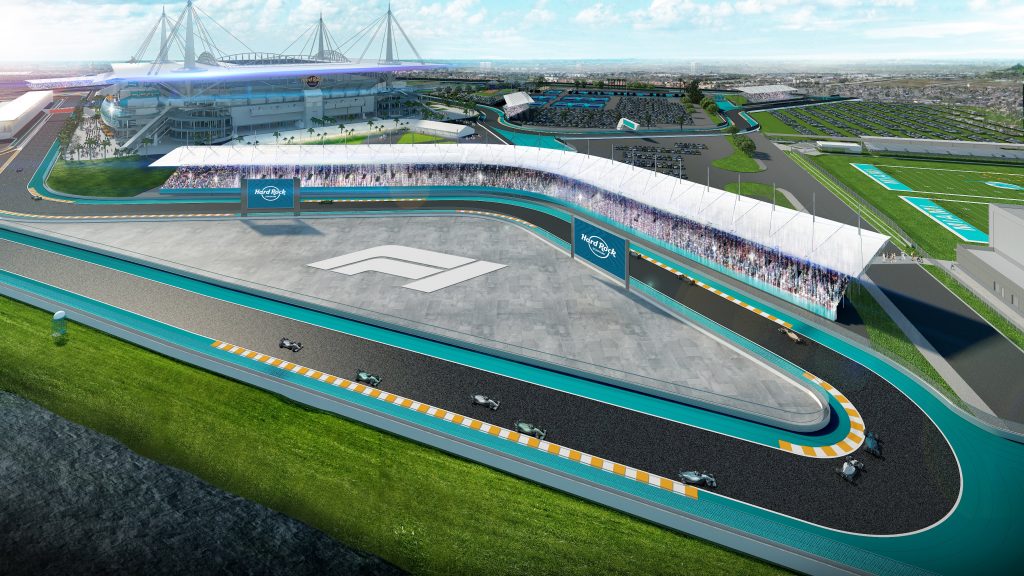 A Miami Grand Prix appears to be crossing its last hurdles, as the proposed venue released a statement saying an agreement has been reached with F1.

A Miami Grand Prix could be on the calendar as soon as 2021, according to reports emerging from America.

“We are deeply grateful to our fans, elected officials and the local tourism industry for their patience and support throughout this process. We look forward to bringing the greatest racing spectacle on the planet for the first time to one of the world’s most iconic and glamorous regions.”

Garfinkel himself posted images on Twitter, saying: “The world’s greatest racing F1 has never been to S. Florida. Imagine people coming to this region from around the World in May. Multiple passing zones and world-class clubs and amenities. Barcelona, Monaco… Miami… make it happen.”

The race is yet to be formally confirmed by Formula 1, or be granted permission by county commissioners for Miami-Dade. According to The Miami Herald, there has been protests against the race from local communities with named commissioner Barbara Jordan proposing legislation to require a full commission vote for F1 to be given a full county approval for the required street closures near the Hard Rock Stadium.

The issue of the protests doesn’t appear to be the fact a race is proposed, but rather the venue itself, although a plan for a downtown Miami race was also shot down due to the interruptions to business as the racetrack would be constructed on an annual basis. A more detailed report of local concerns can be read here.

All images from F1 Miami