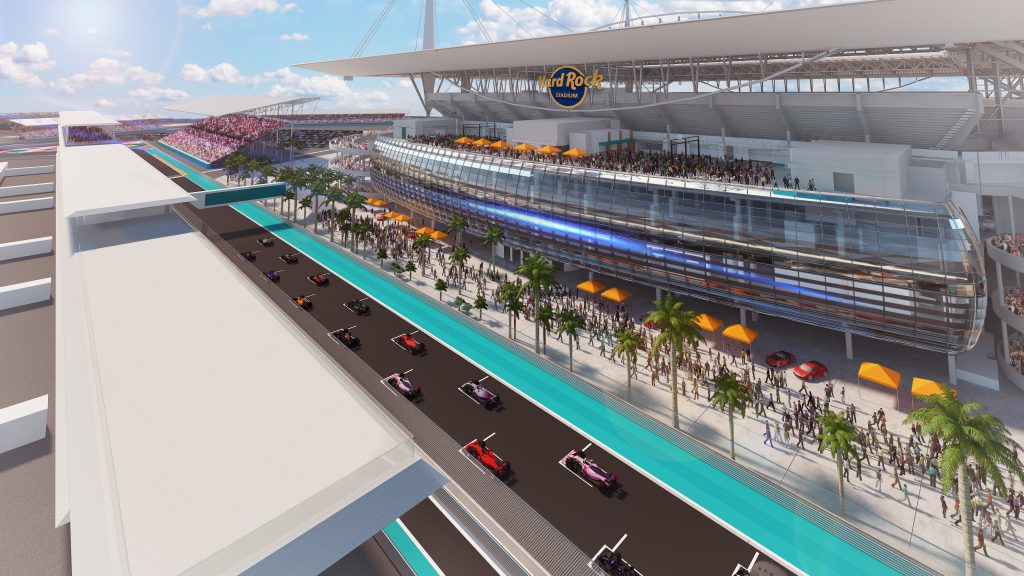 A new administrative hurdle is being put before County Commissioners by by protestors who are against a Formula 1 Miami Grand Prix.


A proposed Miami Grand Prix for 2021 remains up in the air, despite a commercial agreement between Formula 1 and the Hard Rock Stadium through Miami Dolphin’s owner Stephen Ross. The proposed layout has met with opposition from local groups from the get-go, due to required street closures in the Miami Gardens district, as well as concerns about air and noise pollution.

A County Commission meeting in October resulted in the Grand Prix appearing to fail at the first hurdle as they voted against allowing road closures in the area – meaning the proposed Miami Grand Prix layout couldn’t happen. However, Miami’s Mayor Carlos Giminez used the power of his veto to overrule this, with a vote amongst the county commissioners resulting in a 7-5 overrule of the initial decision.

Miami Gardens and District 1 Commissioner Barbara Jordan has been a vocal opponent of Formula 1 coming to the Hard Rock Stadium, and she outlined her intentions to bring another administrative hurdle before the County Commission at the next meeting on January 22nd.

She explained at a protest meeting of Miami Gardens Families Unite on Wednesday night that an agreement for the Stadium District surrounding use of the Hard Rock Stadium had been altered in recent years, with two words ‘auto racing’ slipped in: “Two words were slipped into that agreement about the Miami Dolphins being able to have motor racing. That was not in there before, because that was their master plan and they wanted to bring what they have now.”

“That was not there. So because that was added in, a Miami Grand Prix could be announced at that location, and that would have given the Dolphins the right to do it without coming to anybody.”

“When we started fighting this, and they’re saying they can do this by right – you shouldn’t be able to do anything ‘by right’ in a bedroom community without that community having something to say about it.”

Jordan then explained how she intends to further the Miami Grand Prix protest group’s cause at the Commission meeting next week: “This item is an ordinance that changes the agreement between the County and the City of Miami Gardens, which will become law if it passes.”

“The item revises regulations relating to the Stadium zoning district. It changes the Stadium District requirement for approval by both the City of Miami Gardens and the County Commission. It establishes a special exception and approval process that would require the applicant (Formula 1/Miami Dolphins) to request a special exception approval from Miami Gardens to have the event.”

“The City of Miami Gardens would have to have a public hearing, where the applicant would be required to provide an environmental and pollution and noise study, a site plan and an impact mitigation plan as well as safety features. That would give the community a chance to hear exactly what is being brought into the community.”

“If the City approves this special exception, then that’s fine – they (F1/Miami Dolphins) move forward. If the City rejects the special exception, then the Dolphins can appeal to the Board of County Commissioners. Although the stadium sits on the land, they don’t own all of it. There’s a portion that is part of the County. So if they appeal to the County and they vote yes, then they can have their event.”

Commissioner Jordan then said that she intends to keep bringing items before the Commission, with three more items already thought of: “[I’m going to keep bringing up items] every darn meeting I can, until they go away.”