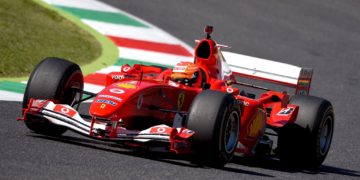 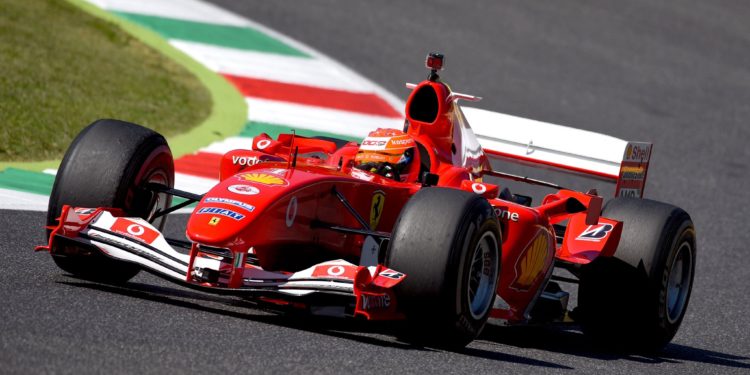 Tuscan Grand Prix – Mick Schumacher was part of the Ferrari 1000th Grand Prix celebrations as he gave the crowd a feel for the 2004 V10.

Schumacher, who extended his Formula 2 championship lead with P4 in the sprint race this morning, got kitted out in the special 1000 Grand Prix liveried overalls before taking Michael Schumacher’s final championship winning Ferrari out on track.

The F2004 was one of the most dominant race cars Formula 1 has ever seen, the car won 15 of the 18 races over the 2004 season. Michael himself took the top step in 13 of those Grands Prix as he powered his way to the final of his seven World Championship titles.

Mick first got to experience driving the F2004 last year when he got to show off the car in Hockenheim before the German Grand Prix.

Speaking to Mark Webber after his laps, Mick said “This was always a dream for me to drive this car. I drove the car at Hockenheim last year but to drive it at Mugello in non-rainy conditions has been an absolute honour. Thank you to Ferrari for this opportunity”