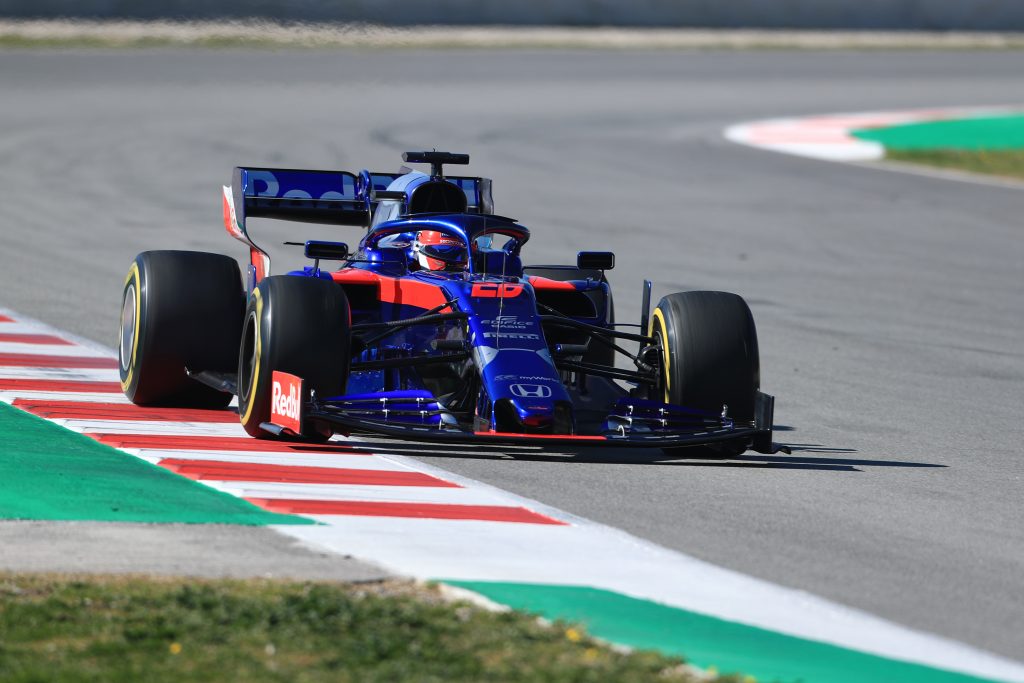 Daniil Kvyat was driving the STR14 on Wednesday on Day 2 of pre-season testing and, despite putting up over 100 laps over the day, says that the day was slightly compromised as minor niggles reared their head.

While the team wouldn’t go into detail of what those issues were, they may have been linked to the Honda power unit as Toyoharu Tanabe, Tech Director with Honda, said that it was a day without ‘major’ issues on their side. Speaking about what the team branded a tricky day, Egginton explained that they lost track time in the morning session: “Daniil took over driving duties for the second day of testing and he stepped through the standard block of aero tests early on, without any fuss or delay.”

“As the temperature increased, we moved the setup forwards as planned and also ticked off a number of background test items. In addition to the red flag, we unfortunately lost some track time later in the morning due to a couple of small issues which we need to address for Thursday.”

Despite the hold-ups on track, the Russian driver said the day was still ‘decent’ in his book: “We ran some useful test items and got some good laps on the board. Of course, you always want to do a few more laps but we had a couple of small issues here and there, it wasn’t anything major, although the time adds up. In the end, it was a productive day and that’s the most important thing, we got to test many useful items so now we’ll focus on the next day of testing.”

Toro Rosso have looked solidly competitive in terms of pace throughout testing, and Kvyat says he’s enjoying the feeling of the STR15: “You can’t look too much into the timesheets as everyone is on a different programme of testing but I’m feeling quite comfortable with the car. We got through almost everything we wanted to test today and we have a lot of useful data that I’ll go through together with my engineers. I have one more day left in the car and we will make the most out of it before heading to Melbourne.”