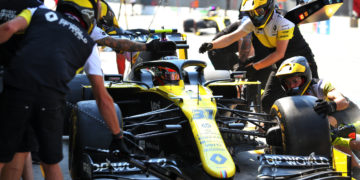 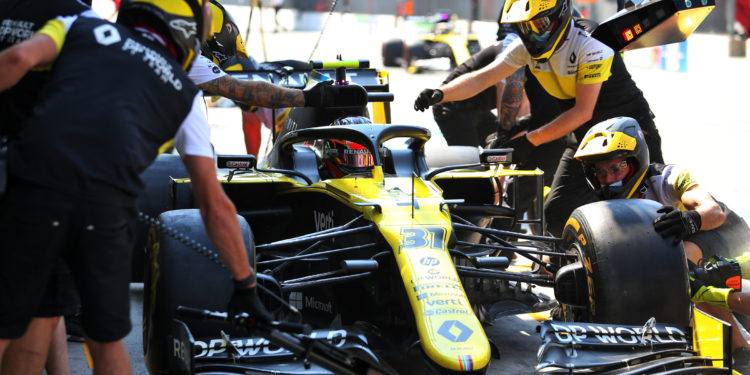 Italian Grand Prix – Renault’s Esteban Ocon was not wholly satisfied with his race despite converting his P12 starting position to a P8 at the finish.

“I have mixed feelings today,” said Ocon. “As we had a good race on track and took some solid points, but also it was one of those races when you see the podium and wonder what could have been.”

Ocon had a decent start, gaining three places initially which saw him in P9, as with most of the field the Frenchman had to wait for the pit lane to re-open before he could make his pit stop meaning he lost positions to those who had made early stops.

As the race resumed after the red flag Ocon was back in his original race starting position P12, but was promoted back into the points as Hamilton and Giovinazzi peeled off to serve their stop-and-go penalties. Ocon took the chequered flag in P8, losing out to Hamilton on the final lap.

“We didn’t have luck on our side with the pit-stop before the red flag and that meant a free stop for the others. The race was strong, I passed three cars at the start and had good race pace to be competitive inside the points.

“It’s strange as I passed Gasly at the start and he won the race! We probably didn’t match our expectations on the pace we thought we would have in Spa, but it was still a good effort.”

His Renault teammate, Daniel Ricciardo, was more satisfied with his sixth place finish “Sixth isn’t bad for us today, I felt I couldn’t have done anymore in the situation. We weren’t the only ones, but the safety car and red flag did not go our way today.

“After a good start and good pace, the timing wasn’t on our side, but that’s something we can’t change. I’m happy with how it went today, we had a great start, good pace and we move onto next weekend.”

The Australian also congratulated debut race winner, Pierre Gasly, and said the race reminded him of his own chaotic race win in Baku a few years ago. “That was a crazy race. It reminded me of Baku in 2017 with a similar, tense feeling and it being very unpredictable. Congratulations to Pierre [Gasly] for his first win. I know the feeling from winning for the first time and it’s crazy.