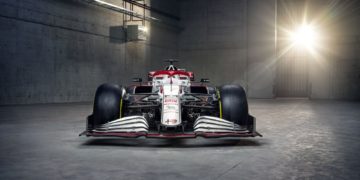 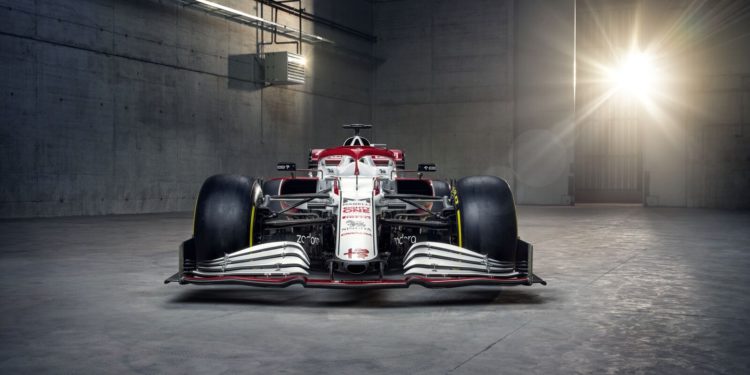 While the cars are largely similar to 2020, the tweaks to the aerodynamic rules have aimed to slow down the cars a little for the final year of the current regulations. Teams have also been limited to two ‘performance tokens’ that they were permitted to spend in order to make changes to their cars and Monchaux explained where Alfa Romeo have opted to spend those tokens.

“From the regulations, we couldn’t change the structural components on the car. We decided to spent our two tokens on a new nose so the nose and crashbox is brand new.” Monchaux said. “That was mainly driven for aero reasons. We worked massively on the front suspension, the front wing where the guys made a huge effort on the bargeboards and the deflector on the front of the car. The rest of the effort was on the floor and the diffuser and the parts you don’t normally see between the rear tyres. Due to the regulation changes, we lost a lot of performance on the floor and diffuser. We put a lot of effort to recover the loss there. ”

The Alfa Technical Director explained that quite a few areas of the car still remain the same as on last year’s C39: “The chassis and gearbox are the same, most of the rear suspension because of the regulations, but for more return on investment, we’ve carried over components like the radiators and some of the bodywork. With the time and resources we had, we concentrated on the areas we expect to provide the highest return on investment. We’ll see if those choices we made are correct.”

With 2021 being the final year before widespread changes to the technical regulations, Monchaux explained that this year will be a delicate balancing act between developing the current car as well as designing the all-new C40 for next year. The initial performance of the 2021 car will be crucial for deciding upon the team’s development path: “2022 is going to be a new era, so a great opportunity for a small team like us to close up on the rest of the field. It’s a crucial year for us and with this in mind, and 2021 with the introduction of a budget cap and only developing with limited resources, it’s a trade-off we have to make between we spend on this car and how much we spend on next year’s.”

“Every team will be stopping earlier the development of 2021 to concentrate on next year’s car. It doesn’t mean we won’t develp the car, we will have evolutions in the first few races, and are still working a bit in the wind tunnel on this car. We will see if we are forced to do a bit more than we were hoping on this car, or start a touch earlier on next year’s car. “