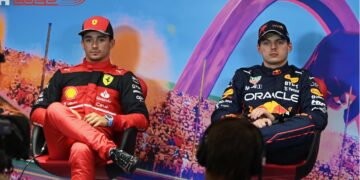 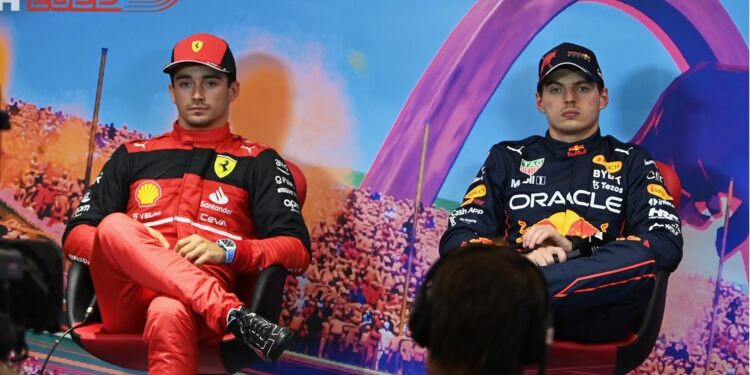 Belgian Grand Prix – Sunday’s grid is guaranteed to be a mixed up one with six drivers, including the top two in the championship, having penalties to serve.

As well as Max Verstappen and Charles Leclerc, Lando Norris, Esteban Ocon, Valtteri Bottas and Mick Schumacher all currently have a range of power unit and gearbox part penalties to take after qualifying.

For Verstappen, he has taken his 4th of the following: Internal Combustion Engine (ICE), Turbo Charger (TC), Motor Generator Unit – Heat (MGU-H), and Motor Generator Unit – Kinetic (MGU-K), those changes mean that he is required to start from the back of the grid, while having taken a 5th Gearbox Driveline, Gear Change Components and Auxiliary Components (GBX DL) adds another 5 place penalty to his weekend haul.

Leclerc meanwhile will take his 5th MGU-K and 3rd Energy Store (ES) which hand him a 15 place drop, added to that will be 10 more places for the Ferrari driver’s 5th Gearbox Cases and Cassettes (GBX C & C) and 5th GBX DL.

Norris’ parts list for the weekend will include a 4th ICE, TC and MGU-H which send him to start at the back of the grid, while a 3rd ES and Control Electronics (CE) also back him a second order from the stewards to go to the back.

There will be a 4th new ICE, TC, MGU-H and MGU-K for Ocon as well as a 3rd ES and CE, all of which mean the Alpine racer also must head for the back of the pack.

Bottas has gone through the most parts of the bunch with his 5th ICE and 6th TC and MGU-H meaning he was handed a 15 place penalty, and a 5th GBX C & C and GBX DL, add another 10 places to that.

Finally, Schumacher’s 3rd CE hands him 10 places with a 5th of each GBX C & C and GBX DL also require a 10 place penalty.