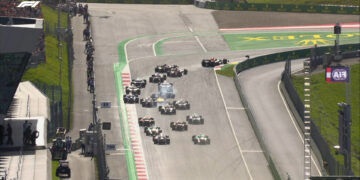 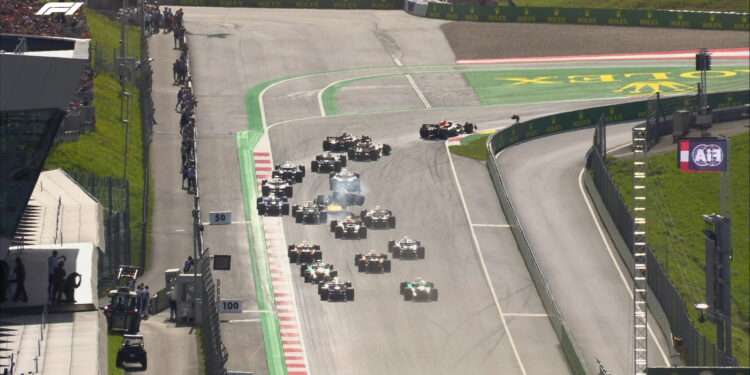 Austrian Grand Prix – Seven drivers have been summoned to the Stewards for radio messages sent during the second formation lap.

After Zhou Guanyu stopped on track coming out of the final corner at the end of the formation lap, the race start was the postponed in favour of an additional formation lap before the race would then start with one less lap on the counter than initially planned.

At the end of the Sprint Mick Schumacher and Daniel Ricciardo were listed as being under investigation for start procedure infringements. Since the end of the Formula 1 track action for the day those investigations have been clarified as radio communication during that second formation lap.

Since then George Russell, Esteban Ocon, Sergio Perez, Lance Stroll and Sebastian Vettel have also been summoned for the same issue. The article which has potentially been breached is Article 33.1 of the FIA Formula One Sporting Regulations, which reads: “the driver must drive the car alone and unaided”.

The above drivers were all to appear at 18:15 local time, while Vettel will have already been with the stewards since 18:00 local time as he is also under investigation for his behaviour at the drivers’ meeting on Friday evening and allegedly breaching both Article 12.2.1 f) of the International Sporting Code and Article 20.1 of the FIA Formula One Sporting Regulations.

Article 12.2 is about breaches of rules and the subsections detail examples of rule breaches. 12.2.1.f reads “Any words, deeds or writings that have caused moral injury or loss to the FIA, its bodies, its members or its executive officers, and more generally on the interest of motor sport and on the values defended by the FIA.