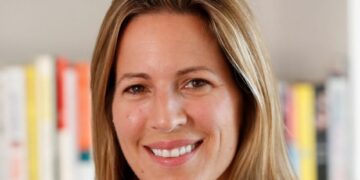 Yesterday the FIA announced that they had appointed a CEO to oversee the organisation’s operation and financial performance.

Robyn is an executive with over fifteen years experience in the financial and automotive sectors, and has served in senior positions at Volvo, Nissan and DaimlerChrysler.

She is set to take up the newly created position “in the near future”, and it will see her become responsible for the operation and financial health of the federation, developing new commercial growth strategies, and also putting FIA President Mohammed Ben Sulayem’s vision of reform into action.

“I am delighted to be appointed the first ever CEO of the FIA at such an important and exciting time for the Federation,” Robyn said. “I look forward to working with Members, the senior leadership team and the President to deliver their vision of reform and growth with the involvement of all staff.”

Ben Sulayem welcomed the news addition to the FIA and called the creation of the CEO role a “transformative moment” for the governing body.

“The appointment of Natalie Robyn as our first ever CEO is a transformative moment for our Federation. Her extensive experience and leadership will be crucial to improving our finances, governance and operations.

“She has a proven track record of delivering diversification and growth, as well as developing executive leadership capabilities which will be an extremely valuable asset to the FIA and our Members and I welcome her to the team.”