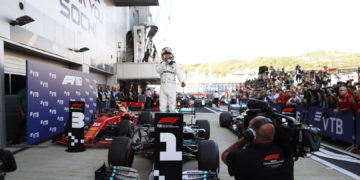 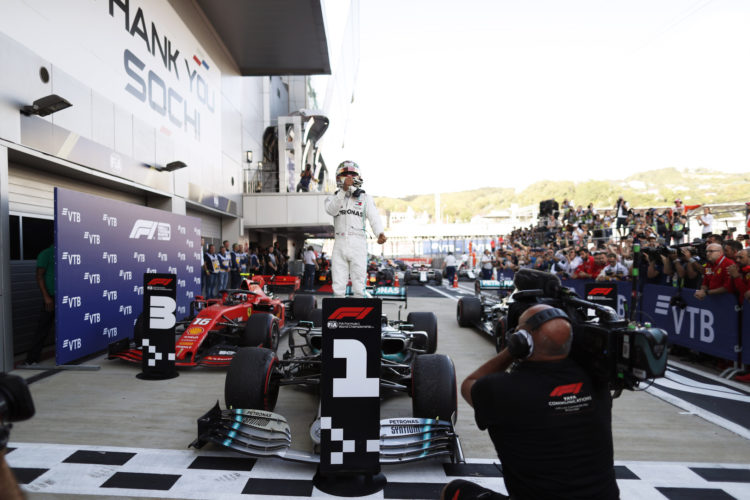 Russian Grand Prix – Netflix will be hanging around with Mercedes for this weekend in Sochi, as the third season of Drive to Survive is being recorded.

The third season of Netflix’s extremely popular show Drive to Survive is in full recording and production again this year, despite the setbacks posed by the coronavirus outbreak. The show proved a surprise smash in its first season, with a claimed 9.1% of UK households with Netflix watching the series. It made a star out of Haas’ team boss Guenther Steiner, as well as boosted the popularity of drivers like Daniel Ricciardo, Esteban Ocon, and Carlos Sainz.

Mercedes didn’t participate in the first season, but allowed the Netflix crew to follow them for one race during the 2019 season. It was for their home event at Hockenheim, where Mercedes were celebrating 125 years of motorsport but, ironically, it proved Merc’s worst race of the year. Valtteri Bottas crashed out of the race, while Lewis Hamilton also crashed in the stadium but was able to recover to score some points after leading the early stages convincingly.

Merc will be hoping history doesn’t repeat itself this weekend, as Netflix shadow them at Sochi.

“The Russian Grand Prix will also be the race where Netflix will follow our team for the third season of Drive to Survive.” said team boss Toto Wolff. “Last year, they shadowed us at Hockenheim where we celebrated our home race and 125 years of motorsport – and had our worst race of the season. That made for a very entertaining Netflix episode, but we hope that this time we can have great content and a great race!”

Mercedes have won every race at the Sochi Autodrom since its arrival to the calendar in 2014, and Wolff says that the team’s qualifying pace could prove a vulnerability at the start of the race.

“Sochi has been a good circuit for us in the past and we hold a strong track record there. The Autodrom has a fairly unusual layout and it’s one feature in particular that makes it special: the long run from pole to the first braking zone. It means that the pole-sitter isn’t necessarily in the strongest position for the race start as the cars behind him benefit from the tow.”

“You could see it last year when Vettel overtook Leclerc on the run down to Turn 2 and in 2017, when Valtteri beat pole-sitter Vettel from P3. Our qualifying pace has been really strong this year, but this strength could easily turn into a vulnerability on race day in Sochi.”